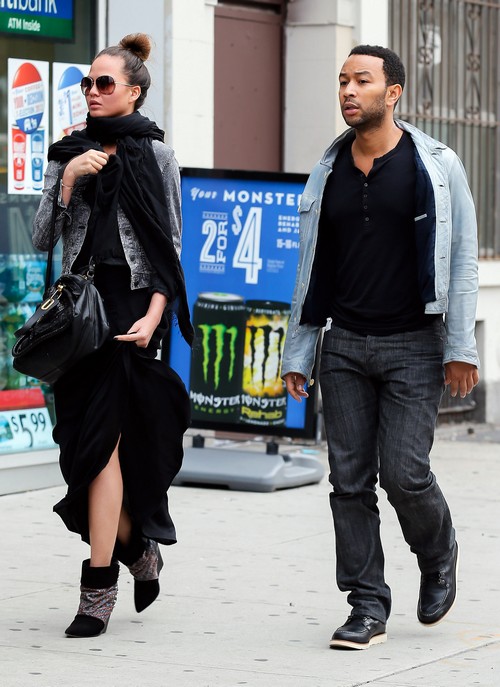 Usually jokes get to bad taste right around the middle, but who told Chrissy Teigen that domestic violence and abuse could ever be funny. To celebrate Christmas and have  a little fun the model and singer husband posed for a short video. In the clip you can see John Legend grab his wife’s neck while Chrissy appears to be scared as she turn towards the camera asking for help.  Well, someone must have mentioned that it was was despicable to make fun out of real life cases of assault because the clip was eventually deleted from Chrissy’s account.  Not before the video went viral of course yet that’s the risk you take with the internet – nothing ever really gets deleted.

You’d be surprised to know this isn’t the first time Chrissy has posted something she came to regret. Another clip to enter the trashcan was when she gave fellow model Brooklyn Decker a raspberry ( something we reserve for babies to get them to laugh). Raspberries are pretty harmless, but giving another woman a ‘vagina raspberry’ is best to keep as a side story for friends. Fans really shouldn’t get access to videos like that. It turns out that it received over 20,000 likes and pretty sure that was mostly from guys!

Chrissy seems like a sweet woman. You know, the type that if you meet her, you instantly like her. Her main problem lies in the fact she’s too impulsive. Using “impulsive” is a way not to call her ignorant just to say she does a lot of dumb things. John is a more serious guy and I feel like he doesn’t want to rain on her parade by advising her too much. You’re her husband! Speak up.