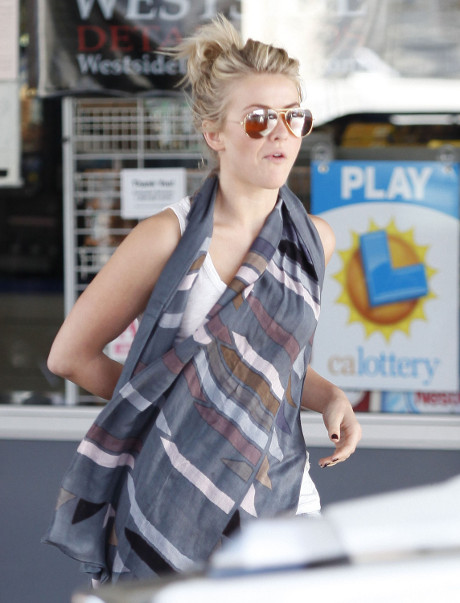 In a surprising twist, Mark Ballas and his celebrity dance partner, Christina Milian, have been eliminated from Dancing with the Stars season 17. Many people are surprised by this, as they clearly weren’t the worst performing couple, but some believe that Julianne Hough — who served as last week’s guest judge — is to blame. She gave the couple a scathing review, most of her criticism directed toward Mark Ballas and his supposed need to “make everything about him.”

Julianne definitely has a history with the Ballas family, particularly with Corky Ballas, Mark’s father. Corky was Julianne Hough’s dance teacher and she lived with Corky in London for a good portion of her childhood while learning her ways around the ballroom. Julianne revealed in the past that she experienced a great deal of abuse, emotional and physical, during her younger years as a dancer — and, while she’s never come outright with a name, some believe that this alleged “abuser” is Corky.

Whatever bitterness she harbors against Mark and the Ballas family, it definitely overflowed into the ballroom and, as it seems, dealt the devastation she was so longing for: to send Mark packing. Perhaps poor Christina, who seemed to have a real fighting chance to win the whole thing, was simply caught in the crossfire.

What do you think about this outcome. Did Julianne’s comments play a significant factor in their farewell? Let us know in the comments section below!