Corey Feldman Hits Out Against His Mother, Calling Her Dangerous 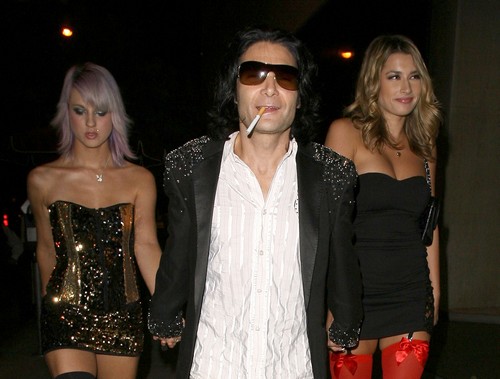 Passages and sections of Corey Feldman‘s autobiography, Coreyography, continue to leak to the public. In the latest passage released, Cory discusses his ‘dangerous’ mother, and blasts her for letting him stay in acting when it was clear that his life was being ruined.

Corey claims that his mother, Sheila Feldman, ‘sucked the life’ out of him when she made him start acting at the age of three, and she never let up on her cruel taunts. He adds that his mother was so desperate and obsessive that she even used to lock him in the bathroom and force him to learn songs for his auditions, explaining, “You’re going to sing a song and they’re going to go, ‘Isn’t he cute?’ she tells me, before locking me in my room with [my sister] Mindy’s record player and instructions not to come out until I have learned every word.”

He also gave details of shocking abuse from his mother, adding that she often withheld food from him and made him take diet pills. He gave anecdotes, explaining, “I do have round, chubby, cherubic cheeks, but I always thought that I would grow into them. Now she tells me that if I’m not careful, I’ll grow up to be a fat, disgusting pig. She lifts my shirt and pinches a fold of skin between her fingers.” This is the sort of twisted torture that goes on with models, but not when they’re children, for goodness sake.

Of course, no matter how twisted Hollywood is, if anyone caught a glimpse of Sheila behaving this way, Corey would probably have been taken away from her. So she made sure that she never revealed her true colors, with Corey adding, “She might have spent the entire morning in bed, calling me ‘fatso’ and ‘piggy’ and driving me around the house, but then we’d drive to an audition and she would immediately switch gears.”

Alas, the true ability of most terrifying stage parents – they have the ability to switch on their charm in public, never hinting at the obsessiveness that lurks beneath. Poor Corey. He was forced into an industry that he never really took to, taken advantage of by the one person who’s supposed to be protecting him, and then forced into the arms of creepy pedophiles. Knowing all this, it’s not really a surprise to see how he ended up.