Courtney Stodden To Be The Next Bachelorette? 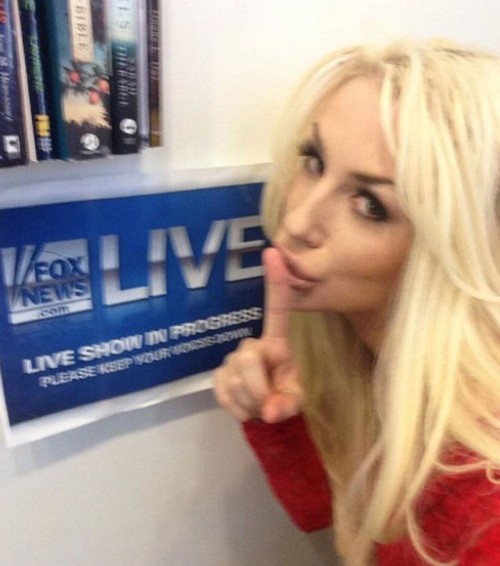 Is Courtney Stodden the next Bachelorette? If she got her way, she certainly will be. First, Courtney wanted to be Lady Gaga, and now she wants to be on The Bachelorette. Those are two wildly differing career goals, so I’m not exactly sure if Courtney is confident about what she’s doing. Well, she did just get out of a very serious relationship with a man who was thirty years older than her, so I guess we should cut her some slack.

When interviewed by Fox News earlier this week, Courtney stated, “I wouldn’t say no to the Bachelorette. That could be something fun, a new experience.” Basically, Courtney wants to find the quickest way to get famous with the least amount of hassle possible. The girl’s smart, and she knows that her fifteen minutes of fame is almost up. Sadly, the only reason she was relevant for all these years was because the public was weirdly and grossly fascinated with her relationship with Doug Hutchison, and they managed to score all sorts of lucrative deals off that fascination. Since she’s trying her best to leave Doug behind and start a new life for herself, she’s making sure that she keeps all avenues open.

I mean, how else do you get from wanting to be the next Lady Gaga to wanting to be on the Bachelorette? The two aspirations are as different as you can possibly get. As much as Lady Gaga is a bit cuckoo, she’s still very talented and legitimately famous. And when you’re on the Bachelorette, it’s….. less about talent? I don’t know how to phrase it in a way that doesn’t insult the show.

With Courtney, the Bachelorette is probably more suitable for her goals. Even though she desperately wants to be Lady Gaga and reportedly shows some talent in the music scene, Gaga had to work incredibly hard for many, many years to achieve her fame. Does Courtney have it in her to wait that long, or is she just looking for a quick fix?

We’ll have to wait and see what her next move will be. What do you guys think?