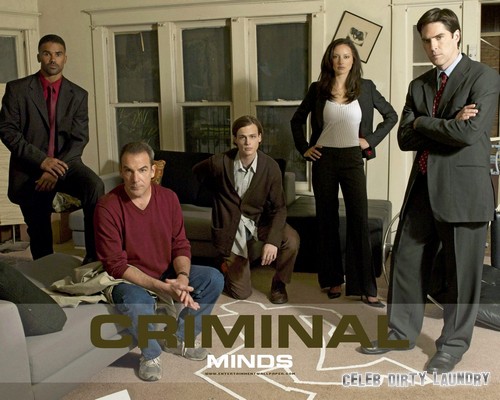 Tonight on CBS CRIMINAL MINDS continues with another new episode called, “The Caller” On tonight’s season 9 episode 11 Blake, her father and her brother endure a tense reunion when they must work together on a murder investigation.  Did you watch last week’s episode before the 2 week hiatus?  If you want to catch up before tonight’s new episode, we have a full and detailed recap, right here.

On last week’s show when a young boy went missing from his home in St. Louis, the BAU reinvestigated a similar cold case to search for the UnSub. Guest stars include Doug Savant and Marika Dominczyk as Malcolm and Lida Taffert, parents of the missing child.

On tonight’s show when the BAU is called to Kansas City to investigate a series of murders, a tense reunion ensues between Blake and her father, a retired police captain, and her brother, a detective, who must work together to help solve the crime.  Tonight’s show was writte by Virgil Williams and directed by Glenn Kershaw.

Tonight’s episode of Criminal minds started out much different than usual. The killer was close to hurt a new victim when the BAU were able to bust into his home and rescue the young woman in danger. Blake suffered a shoulder wound in the fallout but otherwise the team stopped a man from going on a rampage. No, their real case comes by way of Blake’s father. He had called her asking for help with what he thinks is a serial. However he is retired and the BAU may not be welcomed into someone else’s jurisdiction so easily.

The case is three victims. Two victims left the same house party and were beaten to death not far from each other. While the newest victim is considerably older and was found stripped and in another person’s underwear. All that links all of these cases together.

It’s hard returning back home though. Blake deals with her issues internally and sometimes that leaves her friends feeling deliberately pushed out. It’s especially hard for Morgan who’s not as understanding as JJ or Rossi.

Blake’s brother, Scott, is a detective on the Kansas City Police Department. He wonders why his father had to drag his sister all the way from Washington just to deal with a case at home. It was embarrassing for him to have his father go over his head. Their dad wants to reunite his kids for this case because he sees how distant they’ve grown. But was he wrong to think all three cases were similar? Apparently not. The person that found the two kids had originally found them naked. He was the father of one of the teenagers and he couldn’t take it for anyone to find his son naked in women’s underwear. Much like the recent victim.

The killer did strike again. This time he broke into an occupied house and attacked an older married couple. Whoever the killer is; he’s escalating. He had beaten his third victim severely after the man had already died. The married couple he attacked were taken down during what was supposed to be a quiet night at home. Usually he would have attacked people while they’re outside.

A connection was made between all the victims. Everyone had either attended or worked at a certain High School except for the married couple, but their daughter went there. They had all run into each other 4 years ago. The team figures that the killer must have a connection to that school as well. Everyone is split up into teams to go and question possible suspects and yet it was Scott that managed to get stuck interviewing the killer’s next victim. He didn’t know the killer was in the house when he tried to interview one of the former high school students. The killer listened in on their conversation and as he did he just got angrier and angrier. He didn’t like what his former classmate was saying and so he attacked. The result is another death with Blake’s brother still being alive although he was badly beaten.

Looking into the history of the High School there was only one other tragedy at the time. It looked like a teenager killed himself. He was the victim of bullying and couldn’t take it anymore. The final straw for him was when his classmates made him walk out in front of the whole school in women’s underwear. That poor boy had a best friend that used to be very chubby and was most likely bullied himself. That kid grew up in a dysfunctional home and became an avid user of steroids. Ronald Underwood matches their killer’s profile to a tee.

Ronald has captured one of his former teachers. The very same man that used to make him shake his bullying hands as a way to say all is forgiven. He was torturing the man in the same way he used to be treated when the team found them at the high school. There, Blake talked him down enough that he was willing to get taken in. That is until he realized he hated getting handcuffed and tried to resist. Not that it did him much good.

Blake knows she has to work on communicating. The whole trip down memory lane showed her that she was letting the family she had left slowly slip through her fingers. So in order to keep them she had to stop pushing people away. Her father helped her there by throwing a get-together with their family and her team. Maybe this could help heal some old wounds.