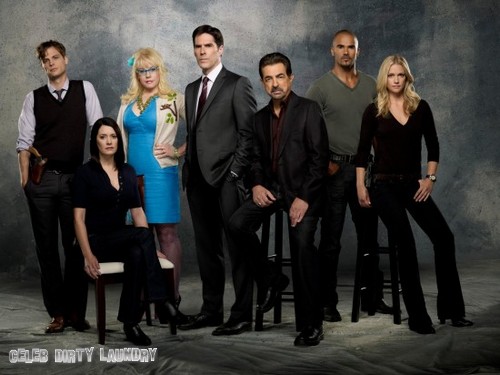 Tonight on CBS CRIMINAL MINDS returns with the season eight finale double episode called, “Brothers Hotchner; The Replicator.” On tonight’s finale The Replicator zeroes in on the BAU when the killer targets one of the team as the next victim. Did you watch the last episode before the hiatus? We did and we recapped it here for you!

On last week’s show the BAU went to Detroit to track an UnSub with a rapidly changing MO. Also, Blake’s husband returned from overseas with a life-changing career proposition for her. Guest stars included D.W. Moffett as Blake’s husband James and Erin Cummings as kidnapping victim Emma Churchill.

On tonight’s show the BAU is called in to investigate a string of deaths in Manhattan tied to apparent ecstasy overdoses, and Hotch discovers that his estranged brother, Sean, is caught in the middle.  The Replicator zeroes in on the BAU when the killer targets one of the team as the next victim on the two-hour eighth season finale of CRIMINAL MINDS.  Mark Hamill guest stars. Bellamy Young returns as Hotch’s girlfriend, Beth Clemmons, and Eric Johnson reprises his role as Hotch’s brother, Sean.

RECAP: A waitress is having a long night at a nightclub. At the very same club two people are going at it in one of the bathroom stalls. They’re interrupted by the bartender, Hotch. He needs a card. The boss gives it to him before returning to his date. The date complains of not feeling well right before she start bleeding from her ears, nose, and mouth.

Aaron is in bed with Beth. Their romantic interlude is interrupted by the bartender known as Hotch. Hotch is Aaron’s brother, Sean Hotchner. Sean needs his brother’s help and is surprised his brother is even in town.

Aaron manages to make it to the club. It’s awkward because they’ve been estranged for about four years. Sean tells his brother that the girl, who died, died from more than the overdose the police suspect. There was another dead girl before. Lynda. She was Sean’s girlfriend and he knew she was never using.

Aaron called his team via Skype. Aaron believes these deaths are just a start. There been approximately six so far. The team is coming out to New York.

There is another club this time there seems to be packed with victims facially bleeding out. Whoever is doing this is now attacking groups instead of individuals.

The team is on their flight and theorizing about the serial killer. What doesn’t fit the puzzle is that out of eleven victims two weren’t habitual drug users. Why did the killer target them?

Aaron is busy investigating so he can’t go with Beth and Jack to do some sightseeing. Aaron then goes to interrogate Sean. His brother denies knowing anything about the drugs only that it keeps happening on the party circuit.

The team re at the latest scene of the crime. One of the teens who had taken the drug is still alive. He’s alive because he didn’t take as much drug as his friends did. The drug delays the high so people natural take more to get high faster. The new drug is PDMA also known as Doctor Death.

Aaron has some reservations about his brother so he sends in Dave. Sean used to date Lynda but they had broken up. They had a fight because Sean was using. Aaron rushes in to get answers. Sean’s boss was also his drug supplier.

Alex interviews one of the decease’s relative. The sister tells Alex how her brother wasn’t a drug user. They had a couple of drinks but that’s it.

Elsewhere a family sits down to dinner. The young daughter finishes saying thanks when she opens her eyes and notices her parents bleeding out. Although border patrol has picked up their alert, they don’t know the drug is being made in the city.

Alex, Garcia, and Jennifer are trying figure out how the drug is administer.

Sean wants to help. He volunteers to go to a drug supplier wearing a wire. Aaron is prepping him when Sean asks some questions of his own. Sean claims he’s fine. When he returns to work, his bosses ask where he has been. He’s probing his bosses and lets it be known the cops connected the recent girl’s death to his ex. Just to be safe his boss decides to dump his wines that are tainted.

In the stock room, there seems to be a bottle missing. The boss, Theyne, freaks out. While he’s freaking out Sean questions him. Theyne thought he was just drugging girls with X. Sean attacks him for what Theyne did to Lynda. Just when Theyne realizes Sean was wearing a wire the cops come in. They manage to round everyone up except for the other boss. Aaron is looking around when he notices his brother left. He goes out to the van only to find the wire on the floor.

The second boss that had made his escape immediately gets into a car accident. The crash didn’t kill the boss the drugs someone gave him, did. Aaron suspects his brother.

Theyne and another conspirator are being interrogated. But the criminals don’t want to cooperate. Until the team shows them what happened to the dead guy, Peters. Now the criminals want to talk.

A new tip comes in. A corner store sold wine to couple of the victims. He bought the wine from a man. Surprisingly the man returned a couple of days later to buy back whatever was left of the wine.

The drugs came from Canada. One of the airport workers had a daughter die of an overdose a while ago. The team goes in to arrest their suspect. The guy is arrested and everyone now believes the case to be over.

Sean comes out of hiding to see his brother and family. Once everyone leaves, Aaron then tells his brother he knows Sean took the wine. Apparently he sold the wine for rent. Sean finally accepts responsibility. He lets his brother walk him out to the squad car.

Garcia’s computer is hacked. It’s flooded with images of the team. Back in New York, a mystery man breaks into a hotel room and now stands over an unconscious Strauss.

Erin is disoriented and walking the streets of NYC. Everything is foggy but The Replicator is there to guide her. He taunts her while she grows more and more confused. He sits her down on a bench and merely waits with her.

JJ and Derek on the phone with Garcia. They realize The Replicator knows the team’s location as well as being in Garcia’s house. Dave shows up to Erin’s room to find her gone. He knows something is wrong despite appearances. Dave knows she’s been taken.

The Replicator calls Aaron. He taunts him with the knowledge he could be too late.

The guys spot her but Erin is failing fast. Not only was she drugged but The Replicator also held a gun to her head and made her drink. Aaron is holding her when she dies.

The director has given the team 24 hours towards the case before they’re recalled back home. They’re investigating when they realize The Replicator must have someone on the inside. Especially with how much he knew about Aaron’s wife.

Dave is the one to inform Erin’s children about her demise.

According to the surveillance pictures, it seems Strauss was always going to be the first victim. She had a symbol carved into her wrist.

The Replicator doesn’t have a man on the inside, he’s on the inside. With a badge, clearance, and everything.

It’s now believe Strauss may have been on to The Replicator. She had tricked The Replicator with a report on their last case. There’s only a few people who’ve read this report. They now have a list of 36 people. There’s a new lead though.

The Replicator started his crime wave after Alex joined the team. They can’t expand on that idea because Derek notices Dave’s return to the office. Derek goes in to talk to him but Dave pulls a gun on him. Aaron demands to know what Dave is doing. Dave, who has been drugged, says Derek’s DNA was on the weapon that killed Strauss. Aaron was able to talk him down while Derek calls for an ambulance.

Drugging Dave was warning. The Replicator gave him a low dosage. He just wanted the team to know that he could turn each of them against each other. But due to him drugging Dave, they now have him on camera.

Because their serial hasn’t gone after Alex; everyone figures she could be part of the end game. Looking through the files they finally have a headshot of The Replicator. They also know his name is Curtis. Then race to his location. What they didn’t know was that Curtis knew their plans. Somehow he causes their helicopter to have troubles inflight.

They’re forced to land but at least they now know the plane was taken over by remote override. Which can only be done within five miles. Garcia, meanwhile, has restarted all her computers.

Curtis has Alex chained to a chair. He’s already drugged her. The task force are surrounding the house. They enter the building and eventually find Alex. She’s been strapped with eight locks so it’ll take a while set her free. Too bad JJ just found a bomb with three minutes left on the clock.

The pressure sensor is set off and lock in the team. Garcia is blocking the signal but she can’t stop it from long. Curtis is about to make his escape when Dave pulls a weapon on him. The rest of the team gets out but Dave is still inside with Curtis. Dave escapes the locked room with Curtis yet the whole house blows up. Nevertheless, Dave made it out alright.

Everyone got the chance to go to Strauss’s funeral. Afterwards they each remember her fondly.