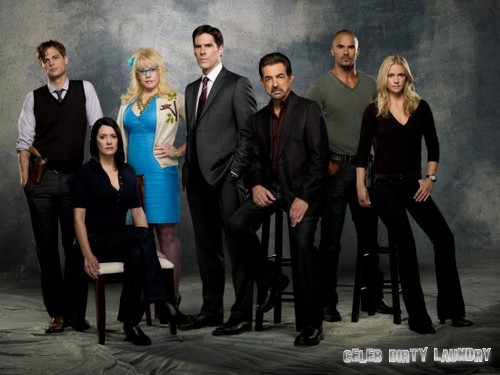 Tonight on CBS CRIMINAL MINDS returns with a new episode called, “#6.” On tonight’s show Blake’s husband returns from overseas with a life-changing career proposition for her. Did you watch the last episode before the hiatus? We did and we recapped it here for you!

On last week’s show the BAU traveled to Los Angeles looking for an UnSub who was kidnapping nannies and the children they cared for on the same day each year. Guest stars for the episode were Yvette Gonzalez-Nacer (“The Fresh Beat Band”) as Nanny Gina Mendes and KCBS-TV anchor Kent Schocknek as a news reporter.

On tonight’s show the BAU goes to Detroit to track an UnSub with a rapidly changing MO. Also, Blake’s husband returns from overseas with a life-changing career proposition for her. Guest stars include D.W. Moffett as Blake’s husband James and Erin Cummings as kidnapping victim Emma Churchill.

Tonight’s episode of Criminal Minds begins creepier than the last one ended. The latest UnSub is kidnapping couples in Detroit and torturing them until they finally die. Two couples were eventually found dead in the trunks of a car. Each body had at least 50 torturous cut marks before eventually being killed. As the BAU assesses the situation we flash to a couple that has been tortured. The guy eventually pulls a knife out of his wives stomach killing her in the process as the UnSub looks on via camera.

The BAU figures out pretty quickly that this UnSub is stalking the couples and then makes them hurt each other while he watches. JJ and Derek realize that he’s hacking the cars and that’s how he gets in. They find the woman who was stabbed but are missing the male victim, in fact her husband is alive and claims that he never met her for their standing date so the question is, who did and who is the guy that pulled the knife out of her.

A dark haired woman is on the phone with her husband as she gets into her car. After she gets in the music blares and the windshield wipers go crazy. In her back seat is a dude with white latex over his head that puts his hand over her mouth.  They start putting together a profile of the UnSub and think he hates men and that’s why he is having a guy do his handy work.

Emma the latest victim wakes up in a sterile room and on the other side of the glass is the guy who is killing for him. Emma tells him it’s May and he was kidnapped in April. The kidnapper appears on a screen and the guy apologizes for what he is about to do as he holds a knife. He goes into her room and tells her it’s her turn as he slides the knife towards her.

The UnSub tells Emma she has until the count of 3 to stab the guy and she does it. He demands she do it again. The guy asks her husbands name and tells her that his wife is Maya. Maya is the reason he takes the pain and won’t die yet. He then makes Emma stab him again. She helps wrap up his wounds and they bond a little. The UnSub demands he go back to his cell but before going he hugs Emma and tells her there’s a way out. As they here footsteps she moves a floor tile and ends up in a crawl space. She crawls through and runs down a hallway until tripwire takes her completely out.  The UnSub grabs her and it’s Phillip, the guy she was just stabbing!

Blake visits Phillips mother-in-law and she explains that he is a wackadoodle and Maya left him because he didn’t trust her. He also cuts himself. As she is explaining Phillip knocks Emma out cold in a bright white hallway. In the next scene we see Emma waking up in her cell and Phillip in his. He has a remote control that controls the screen with a video of himself as the UnSub.  Phillip is talking Emma into letting him kill her when the FBI storms in. Of course he has Emma at knife point as Blake tries to negotiate. He demands to see Maya and Blake walks her in. She agrees to talk to him if he lets Emma go and as soon he lets her Maya begs to be taken away from Phillip.

Blake wraps up tonight’s episode with the decision to be a couple again with James and to find a happy work medium.