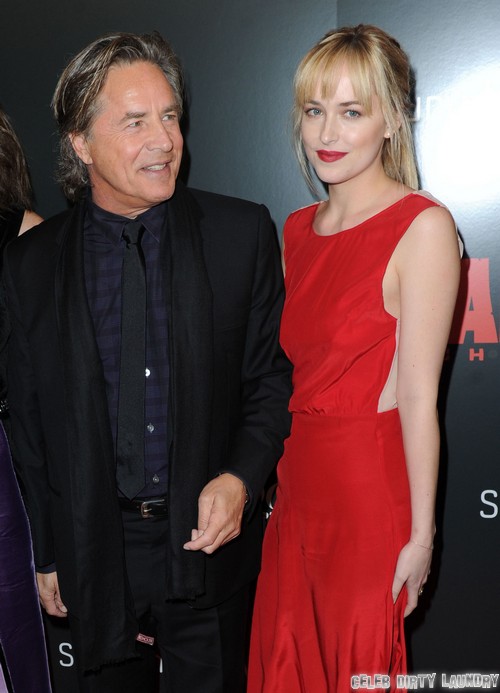 Dakota Johnson has been cast as Anastasia Steele in the upcoming Fifty Shades of Grey adaptation and by the nature of the books, I can only imagine the types of sex scenes she’ll have to shoot every day. So considering that their daughter will pretty much be getting naked and having sex on camera every other day for a couple of months, how do you think that Dakota’s famous parents, Melanie Griffith and Don Johnson, are reacting to this news?

Can you imagine? That too, they’re celebrity parents, which means they will constantly get asked about their daughter and her role in Fifty Shades of Grey. When asked if they enjoyed the movie, what on earth will they even say? ‘Uh no, it was terrible seeing my daughter naked and having sex the entire time.’ Obviously, that would be the rational response, and I doubt they will even see it, to be honest.

What do you guys think Melanie Griffith and Don Johnson think of their daughter signing up for Fifty Shades of Grey? Let us know your thoughts in the comments. 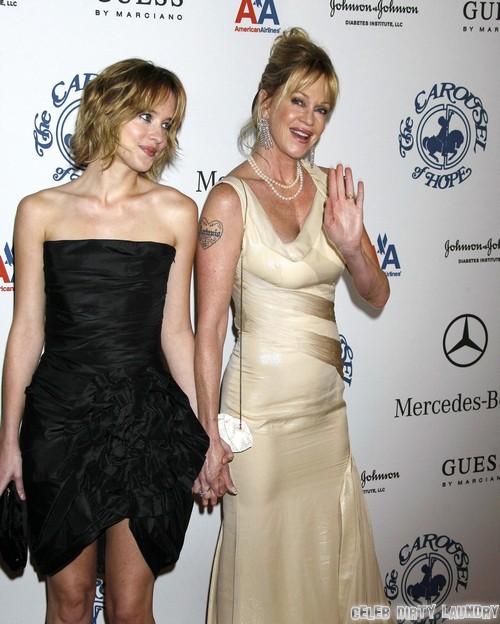