Dakota Johnson And Jordan Masterson Split Coming, He’s Getting Jealous As She Gets Famous 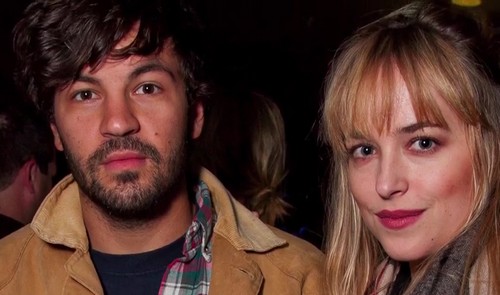 Dakota Johnson is papped nearly every other day on the set of Fifty Shades of Grey, which is bound to make any budding actor jealous. They may not necessarily want to be harangued by the paparazzi, but that doesn’t mean that they don’t crave the fame and attention that Dakota’s drawing.

According to sources, even Dakota’s boyfriend, Jordan Masterson, is starting to feel a little uncomfortable with Dakota’s newfound celebrity. Despite being the daughter of two famous celebrities, Dakota’s always been pretty low-key, although that’s all about to change thanks to her role in Fifty Shades of Grey. And in addition to that, all her scenes are either flirting with another man, being naked, or having sex with this man. It’s enough to make any boyfriend jealous, especially when that boyfriend is an actor who’s also spent years and years trying to build a career.

Anyway, sources close to the couple add that they’ve been moving apart for months now, and it looks like a split might be imminent. It’s not guaranteed – Dakota and Jordan have been together for long enough that they can fight through their problems and make it through. But we’ve seen this time and time again – low-key celebrity couple, doing just fine. One part of that couple suddenly blows up overnight with a franchise role, and the other gets left behind. Soon enough, they break up and the high-profile part of that couple ends up with an equally high-profile new partner.

What do you guys think? Will that happen with Dakota and Jordan? Let us know what you think in the comments.