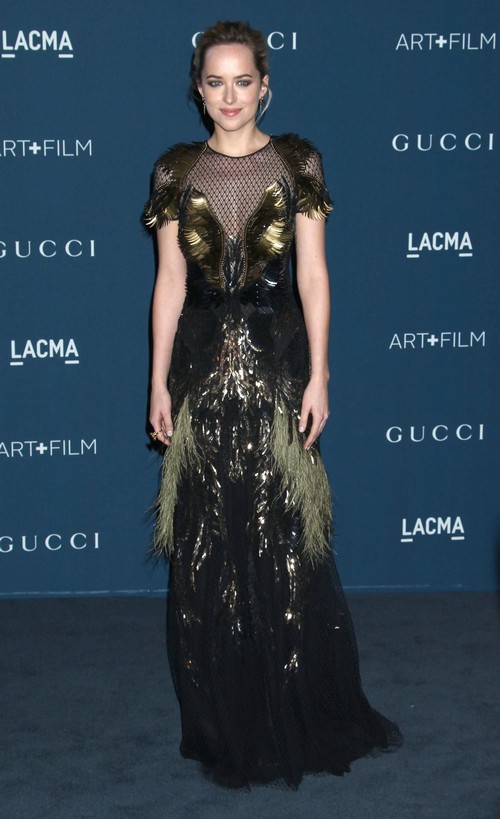 But I digress. We’re not here to discuss the merits of the film, but rather it’s stars. Dakota has been discussing her nude scenes in the film, of which there will be plenty. She tells EW, “Obviously, I want to look good naked. I totally understand now why people exercise, because it kind of f**king feels awesome.”

Jamie also discusses the sex scenes and the nature of the scenes in the book, revealing, “I’m a fairly worldly guy. I grew up in a very liberal place. I’m not saying we had a playroom, but I’m not shocked [by the sex in the book]. It’s essential to tell the story. I can’t believe films that don’t invoke the sexual side of it. So it works for me.”

Well, it might not shock him but if they stick to the book, it’ll sure as hell shock a lot of other people. Like I keep saying, this kind of story isn’t really common in the studio landscape, which tends to be dominated by PG-13 rated CGI fests.

In fact, forget Rated R, there’s even a possibility that we might see an NC-17 version of this film. Producer Dana Brunetti has revealed that in addition to releasing an R-rated version in theaters, they might release the NC-17 version a few weeks later. He explained in an interview with Collider, “I always thought it would be really cool if we released the R version and then we had an NC-17 version that we released a few weeks later. It’d be great for the studio too because they’d get a double dip on the box office…What we’re kind of hearing from the fans is they want it dirty, they want it as close as possible [to the book].  We want to keep it elevated, but also give the fans what they want.”

Of course, he does admit that their primary concern is box office, and who can blame him really? They better milk this cow for all it’s worth, because I doubt the ratings or reviews are going to do them any good. But hey, I’ll try not to knock on the film before seeing it. Everyone involved in the film is very well regarded in the industry, from the producers to the writer to the director. So I guess we’ll just have to wait until Valentine’s Day 2015 to find out.