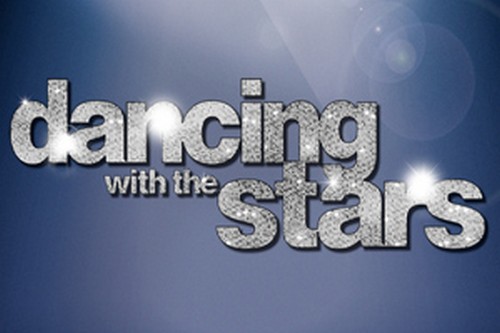 After a last minute publicity push by ABC and more than a few teasers about who will actually compete for the famed Mirror Ball Trophy, it’s finally time to learn the truth about who will officially joining the cast of the 16th season of Dancing with the Stars. This morning’s live edition of Good Morning America not only has named the new celebrity cast members but it also handed us who they’ll be dancing with for the next several weeks.

A familiar pro face will be gracing the ballroom this season in the form of Lindsay Arnold.  The So You Think You Can Dance alumni currently lives in her hometown of Provo, Utah where she was born and raised. Lindsay graduated from Timpview High School and plans to attend Utah Valley University. She has been dancing since she was 4 years old and her specialty is Latin Ballroom.

Joining Lindsay in the ballroom when the show returns on March 18th will be a whole host of celebs and GMA has spent the first hour teasing viewers with hints. Now has come the time for us to learn who really is competing and the first name announced is  5 time Grammy winner Wynonna Judd. Next is actor/comedian DL Hughley.  Baltimore Ravens wide receiver Jacoby Jones and RHOBH Lisa Vanderpump are also fighting for the trophy.  Wildcard comedian Andy Dick was rumored to be joining the cast and it’s true. Victor Ortiz and Disney Channel star Zendaya Coleman are also in. Aly Raismen  and Ingo Rademacher, A General Hospital heart throb are joining the cast along with AI’s Kellie Pickler. Last but not least is ice queen Dorothy Hamill.

Now comes the next big reveal- the pro partners for the celebs above!

Wynonna is dancing with Tony Dovalani.  D.L. Is with Cheryl Burke and Jacoby will hit the floor with Karina Smirnoff.  Lisa has the honor of dancing with GLEB SAVCHENKO and Andy gets Sharna Burgess. Victor is teamed with newbie Lindsay Arnold and Zendaya is with Val Chmerkovsky.  Aly is lucky to be paired with Mark Ballas and Ingo will be training with Kym Johnson. Kellie will do great with Derek Hough and last but not least, Dorothy will dance with Tristan MacManus.

The deck is obviously stacked with athletes and Olympic Champions! Who is your favorite right off the bat? Tell us in the comments below!