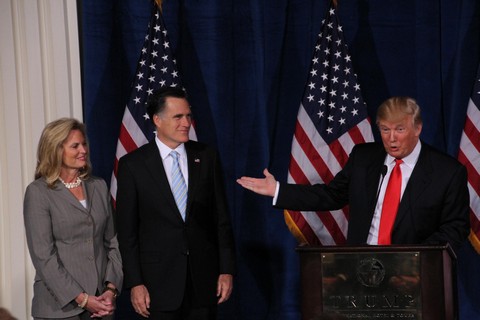 File this under “random”.  In the wake of Mitt Romney’s loss of the presidential race Ann Romney was approached by producers to participate in the next season of Dancing with the Stars.  Like I said… random.

Is it me or is the level of Celebrity diminishing on that show? Granted I thought the show had hit rock bottom when Bristol Palin was cast, but apparently I was wrong.  Why exactly was Bristol considered a celebrity?   Is it because she got knocked up as a teen while her mother, Sarah Palin, was busy seeing Russia and campaigning instead of watching what was going on in her own home?  Or was it because her baby daddy was just such a jackass that the world had to know what the hell was wrong with these people?  But I digress… back to Ann Romney.

Was there a campaign or a poll on who the next contestant would be on the newest season?  If there is, someone tell me who comes up with the options?  Ann Romney, possible Dancing with the Stars winner?   Negative.  Ann Romney, first lady runner up?   That sounds more plausible.   I mean was she really that popular that she reached celebrity status? I don’t think so.

Of course, none of this matters since Mrs. Romney turned down the show.  I guess she didn’t feel it was a good fit. Agreed.  Maybe this will leave a spot open for a real celebrity?  How about Bill Clinton?  He seems to enjoy being on TV.

What do you think readers?  was Ann Romney a good fit for the show?   Was it a mistake to invite her?  Would you have watched her season?  Will she end up doing some form of reality show in the future?  How about Celebrity Apprentice?