Demi Moore’s Meltdown at Dinner Party in LA – Back On Drugs? 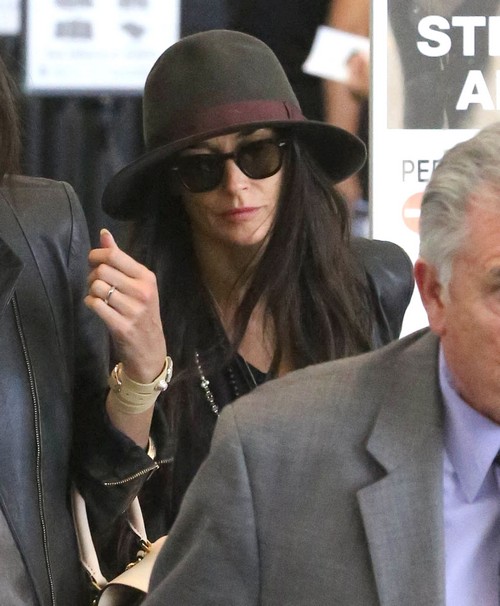 Have you guys noticed that there’s never a decent story in the press about Demi Moore? Every mention is either connected to her inability to let her marriage to Ashton Kutcher finally go for real until now, or else it’s yet another example of just how crazy she really is. According to the Nov. 11th print edition of In Touch magazine Demi recently caused a serious ruckus at a dinner party in LA. Apparently girlfriend couldn’t find herself a seat and so she resorted to letting out a blood curdling scream until one of her assistants was able to find her a chair.

It’s not like this was some fancy schmancy occasion either. It was a casual dinner with everyone grabbing a seat and resting their plate on their lap. Still, rather than looking for a chair Demi resorted to throwing a child-sized fit until people did whatever was necessary to accommodate her.

Do you think that Demi is playing with a full deck? I’m never quite sure if she’s really bonkers or just acts the part because it gets her attention and ultimately taken care of. She seems to be one of those people that doesn’t realize that you can actually get significant attention by being a sane person, leading a productive life. She doesn’t need to be a trainwreck to matter. Her behavior has, in the past put distance between herself and the rest of her family. No wonder! Outbursts like this are totally embarrassing for a teenaged girl to contend with. Will Demi ever really get it together again or is this behavior it? Will she continue to resort to attention-seeking behavior to get attention? Tell us your thoughts in the comments below!