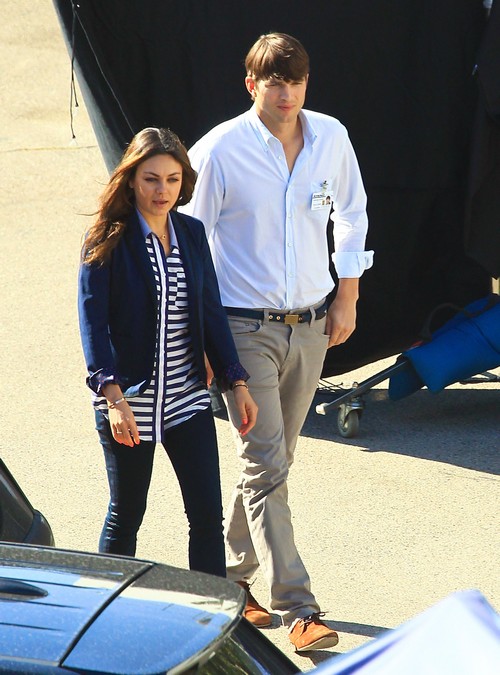 The Ashton Kutcher – Mila Kunis – Demi Moore love triangle never seems to stop, at least as far as the tabloids are concerned. Demi is reportedly furious that Mila was spotted in one of her outfits, which is weird on a whole different level.

According to Star Magazine’s sources, “When Demi and Ashton separated in 2011, he accidentally grabbed some her clothes when he moved out. Mila happened to find them in Ashton’s stuff and loved them. Demi randomly saw photos of Mila online one day and she recognized the shirt she was wearing as hers! She was in complete shock.”

Well, on the one hand, it’s just clothes, right? On the other hand, there’s just too many things that are weird about this story. Why would Ashton ‘accidentally’ grab women’s clothing? Secondly, why would Mila wear clothing that belonged to another woman. If anything, shouldn’t that make her angry that Ashton is keeping his ex’s clothing? Lastly, why would Demi be in shock if all of this did happen?

Yeah, it’s weird and probably more than a little awkward to see your ex in your old clothes. But I doubt Demi freaked out about Mila wanting to steal her boyfriend and now her clothes, the way the tabloids are making it sound.

There’s also the fact that Ashton and Mila are rumored to be engaged, and that means that eventually, Demi’s not going to be able to escape moving on from Ashton once and for all.

What do you guys think about this report? Do you think it’s legit? If it is, do you think it’s weird that Mila would wear Demi’s clothes? Let us know your thoughts in the comments.