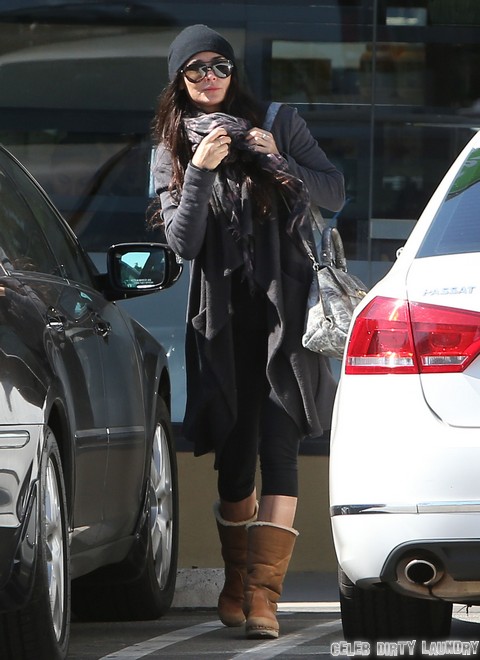 Break ups are never easy, especially when they force friends to take sides! When Demi Moore and Ashton Kutcher split, there was an awkward silence as fellow celebrities took a moment to tally opinions and reprogram their speed dials. The choice was pretty obvious—no one wants to be around for the ugly break down and relapse Demi is struggling with, not even her daughters! While Demi has publicly humiliated herself with a string of boy toys and bizarre vacation behavior, Ashton’s career is booming, and he’s in a healthy relationship with actress Mila Kunis.

It wasn’t a huge stretch of the imagination to guess that, when planning her Oscar party, Madonna would skip her former bestie and opt for her ex, Ashton! Based on her recent behavior, Demi would probably just make the guests uncomfortable, and she doesn’t need to be in an environment with alcohol! But the invite to Ashton was a slap in the face, and everyone at the party knew it!

“Madonna is firmly on side Ashton. She adores him and thinks that out of him and Demi he’s the one with the glittering career,” a source told Radar Online. “Also, Madonna loves having Ashton around as he’s great eye candy, he’s funny and he flirts outrageously with her—in Madonna’s eyes, there’s no competition—when it comes to picking sides Ashton is the obvious winner!”

Despite the fool-proof logic behind the decision, guests were shocked to see him arrive. “When Ashton walked in, it got the crowd buzzing,” the source reported. “Madonna’s never spoken about the split, but it’s obvious she’s sided with him over Demi. It was kind of shocking as Demi has even hosted the party with Madonna in the past, so it’s even more of a mega snub! Madonna clearly loves Ashton though, they were dancing together a lot throughout the night and flirting up a storm!”

This party scandal feels like the last nail in the coffin of Demi’s career. We all know a huge personal crisis is coming, so no friends want to approach, and no studios want to hire her. At this point, her claim to fame is a few movies from the 1980s and her now past-tense affiliation with Ashton, who is more in than she ever was! Do you think Demi will ever save her career?