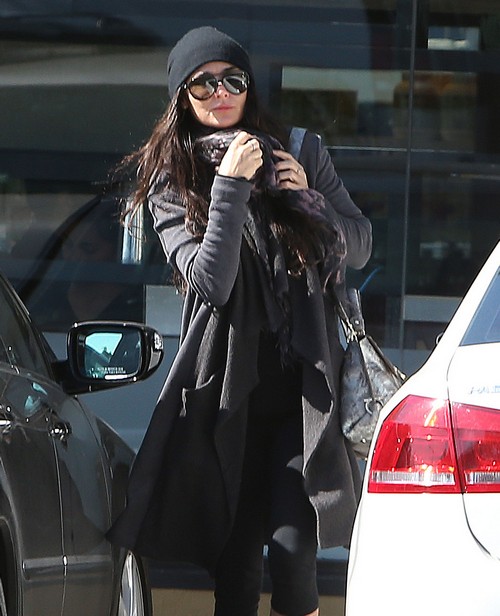 I can’t possibly be the only one that gets tired of hearing about how hard it has been for Demi Moore to let go of her relationship with Ashton Kutcher now can I? I mean they split 18 months ago and I’m sure that she was aware of problems before that. She has dragged out their divorce proceedings for as long as humanly possible, looking like she was trying to get revenge. A woman that wants to move on, just does it. She doesn’t keep her ex tangled up in court so clearly she hasn’t been on the same page as Ashton.

Now according to a Radar Online source, Demi thinks that if she had a baby it would have made Ashton stay with her.

“Ashton wanted a child from day one, and Demi knew he would make an amazing father after seeing how great he was with her girls,” the source says. “Sadly though, time wasn’t on Demi’s side, and she was never able to fulfill his baby wish. She thinks if there had been a baby at home Ashton wouldn’t have been out partying with friends, and he wouldn’t have had the chance to cheat on her.”

I guess that Demi fails to realize that fathers of small children cheat too. Ashton was going, period. He probably knew that he would eventually land on Mila Kunis’ doorstep looking for something. A baby wouldn’t have made him want to stay married. If anything it would have left him feeling obligated and why would you want a man that feels obligated to be there?

Demi seriously needs to make herself move on once and for all and not get tangled in all of the what-ifs, don;’t you agree? Tell us your thoughts in the comments below!