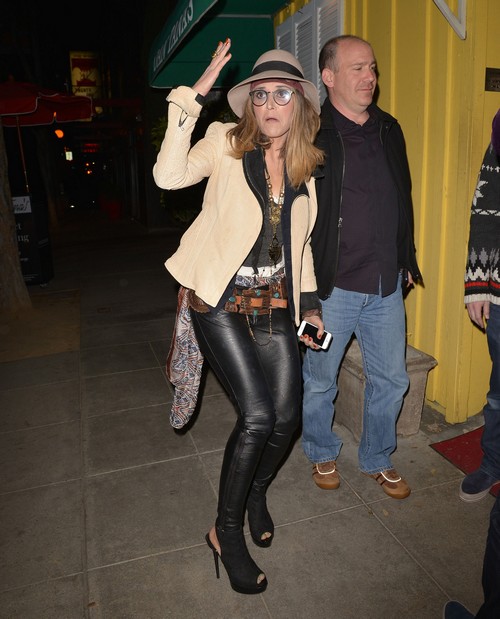 Apparently, all skinny rich beautiful women aren’t total bitches. Denise Richards, is volunteering to raise ex-hubby, Charlie Sheen’s twins, with former wife, Brooke Mueller permanently. The old Bond Girl, and Hollywood VIP, was granted temporary custody to twins – Bob and Max, after their drug-addict mother ditched rehab for the highlife. According to a reliable source at Radar Online, Richards “is prepared to tell the judge she would love to keep the boys permanently. Denise has been essentially raising the boys since last summer, and she loves the boys as if they were her own.”

Sheen even offered to pay Denise additional child support which she refused. “Charlie is extremely generous, and wanted to make sure having the twins in Denise’s care didn’t place a financial strain on her. Denise was thankful for the offer, but declined because she has the financial means to take care of them herself. She isn’t doing this for the money,” an insider revealed.

Charlie Sheen and Brooke initially bonded over drugs. Brooke’s relationship with Charlie Sheen helped fuel her craving for hard partying, and her inability to abandon dope and be a mother. Charlie is a functioning crackhead, and hasn’t completely stopped using drugs himself.

Toddlers are high blowers, let’s face it. They require attention, and the love is not the same from a nanny – ask Kourtney Kardashian. Brooke supposedly loves the kids, but she’s overwhelmed by the responsibilities of being a parent.  There just isn’t the time for a crackhead to also act like a parent.   Denise Richards isn’t cotton mouthed for fame. Her Hollywood hustle has taken a backseat to motherhood. Kim Kardashian should take note. Let’s hope Bob and Max find a stable home before they’re old enough to tell spill the awful truth like Drew Barrymoore. Meanwhile…

Dear Kate Middleton, we love you, but DAAAYUUUUM!!! We are growing weary with waiting on you to squeeze the King or Queen from your lucky womb. We’re sure you’re more nervous than George Zimmerman at an NAACP convention, it’s natural to feel anxious. How dare you give us a fake expectancy date! Everyone knows your precious heir was just trying to avoid the debut of  Kris Jenner’s new talk show. We really love you, but now you need to hurry up and give us something else to discuss besides Trayvon Martin. Love, Hollywood