Brooke Mueller Back In Rehab 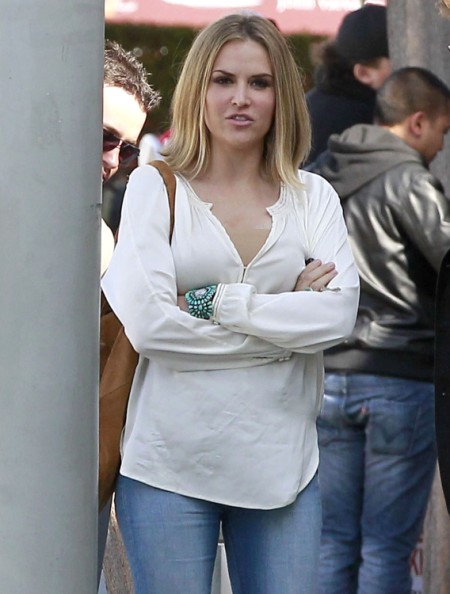 The train wreck that is Brooke Mueller has voluntarily entered rehab again. You know what they always say, if at first you don’t succeed….

TMZ reports Brooke entered an undisclosed in-patient treatment facility a few weeks ago after an odd encounter with ex-husband, Charlie Sheen. Sources close to Sheen said Brooke came over to Charlie’s house noticeably messed up so Charlie insisted she consult with an addiction specialist. FYI: When Charlie Sheen thinks something’s wrong with you then you know you’re in trouble. Brooke ran off from Charlie’s before he could get her examined and later she entered herself into a treatment program.

Brooke’s currently on probation for her cocaine arrest last year in Aspen. She could get put back into jail if drugs are found in her system. Which is probably why she entered into the program to begin with since TMZ also reported the new developments will not lead to a probation violation. Pitkin County D.A. Arnie Mordkin told TMZ that he has not received an official report from the Probation Dept. in California saying one of her tests showed up positive for drug use. So because she hasn’t been picked up on drug charges or failed any drugs tests she can’t be arrested for violating probation. Now, let’s say, hypothetically, she let herself get examined by Charlie’s addiction specialist and failed a test at the time, would she have then been in violation? If that’s the case, then I’m guessing that’s why she left Charlie’s place and made this decision. It’s less about her or her children’s well-being and more about saving her junkie ass from prison time.

But where’s my compassion, you say? She has demons, you say. Oh, I have bucket loads of compassion for the crack whore down the street who grew up with no money in an unstable household. I do not have compassion for people like Brooke (who just happens to be the mother of two small boys) who grew up wealthy and were given every opportunity in life only to squander it because they can’t cope when things don’t always go their way. That, I cannot stand. It’s lazy, pathetic and indulgent.

I have a friend who once used the expression that someone was “good at life”. I always thought that was a sweet, kind thing to say about someone. Well, unfortunatelly, Brooke Mueller is bad at life.