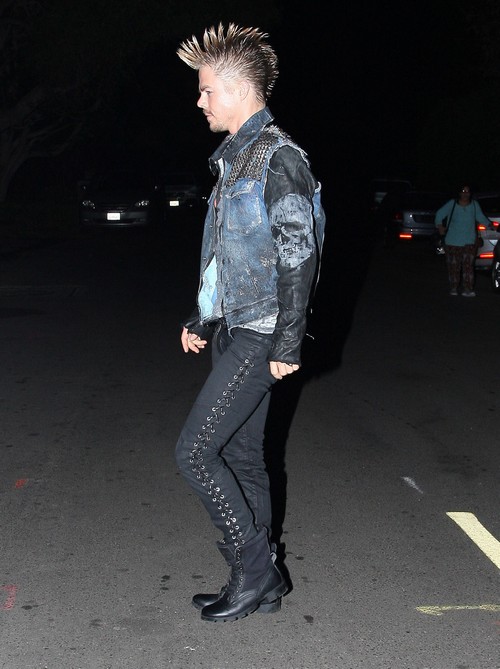 Well this is interesting! Usually when someone dumps your sister you choose not to be their friend out of loyalty to her, right? Well when Ryan Seacrest and Derek Hough both turned up at No Vacancy for a Halloween bash not only were they civil, but they spent the entire night hanging out together. Both guys are reportedly single at this point and so when they were chatting up other ladies they were having a grand ole’ time together according to Page Six.

This just strikes me as kind of odd. I mean by all accounts the split from Ryan kind of crushed Julianne Hough so isn’t it a bit disloyal for Derek to be hanging with him a few short months later? Also both of these guys have weathered their share of bisexual rumors in recent years. Being spotted together really hasn’t helped their cause because the second they appeared to have a good time without Jules then the innuendo’s started.

I’m not saying that there’s anything going on between them, but I have to wonder if Jules has seen photos of them together and gotten just a little bit pissed off. Do you think Derek is going to hear about his continued friendship with Ryan or will Julianne be cool with them spending time together? As for all of those rumors, do you think that Derek likes men as well as women? All of his relationships seem to last only a few short weeks. He recently dumped Nina Dobrev because she was still too wrapped up in her ex, Ian Somerhalder. What do you think the real situation is between Derek and Ryan? Tell us your thoughts in the comments below!