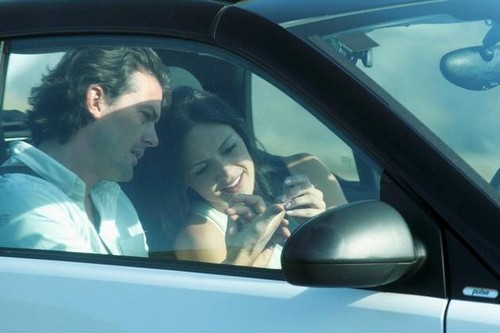 Desiree Hartsock and Brooks Forester are good actors. In fact, The Bachelorette should be totally scripted instead of “reality,” based on their performances in Part 1 of the Season finale. For those who didn’t watch Part 1, Desiree basically poured her heart out to Brooks, who rejected her advances. She cried and cried her heart out after the rejection, saying in a confession that she doesn’t think she could ever see herself with Drew or Chris. When the Bachelorette says something like that, how do you have her choose either one of them in Part 2? You don’t. It would be extremely unromantic, nobody would buy it as anything more than Desiree settling, and it takes away from the romance of the show.

But when you look at it as if it’s a scripted show, everything changes. In reality, things don’t always work out. So if the show was to stick to reality, you would probably have Desiree have to choose between Drew or Chris, even after Brooks broke her heart. But now, with the audience rooting for Desiree and Brooks to get back together, you really think there’s any way the network won’t make that happen? This drama was pre-planned and choreographed to perfection. Desiree and Brooks just had their Act 2 dramatic showdown, and then Part 2 will probably be the dramatic reunion between the leads just when you think all hope is lost. Ok, I’m making it sound as though it’s some sort of melodramatic romantic film, but if you think about it, it’s not that far off.

What do you guys think will happen? Will Brooks and Desiree get back together, or will Desiree have to settle for either Chris or Drew? Let us know your thoughts in the comments.