Desiree Hartsock’s Wedding Plans Revealed Here – Who She is Marrying and Ceremony Details! 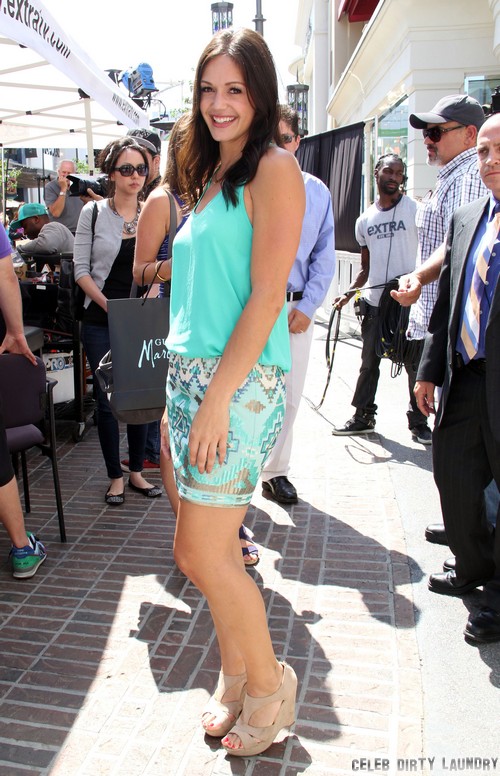 It’s already that time again- time for another final rose ceremony to go down on the season finale of ABC’s The Bachelorette and Desiree Hartsock is ready for the world to know who her fiance is. That’s right, somehow in this quick process Des has found the love of her life and is really ready to tie the knot.

Of course fans of the show will have to wait until the Aug. 5th finale to see which man Des choses (spolier) and she can’t give up too much info beforehand but she is offering bits and pieces. According to the Aug. 5th print edition of In Touch, Desiree, a former bridal stylist, has absolutely no intention of having a big wedding. Instead she wants a small, intimate ceremony and thinks that people in general spend way too much money on lavish weddings.

Des also isn’t sure whether or not she’ll want her nuptials televised on ABC, but if she did go ahead and allow it then the alphabet network would no doubt absorb the cost of everything. The biggest question is who she’ll actually choose to spend the rest of her life (or at least the immediate future) with. Brooks Forester is a former model and a sales rep that comes from a huge family. We also know, after this week that Brooks has hooked up with cougars in the past. Chris Siegfried is the other likely contender for Des’ heart. He’s a mortgage broker and an athlete that has been the biggest sweetheart this whole season.

It’ll be interesting to see who ultimately gets that final rose and really puts a ring on Des’ finger. Who do you think she picked? Do you think Des and her man will ever get to the point of having a wedding? Tell us your thoughts in the comments below!