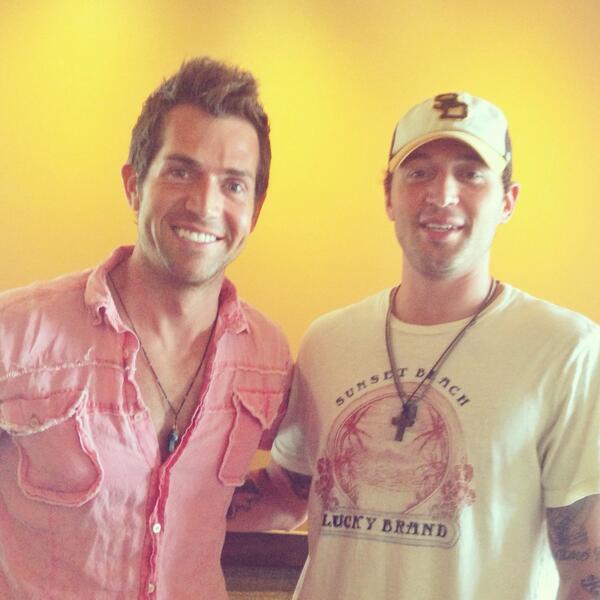 Just weeks after he gave an interview and told the whole world that Desiree Hartsock had ‘settled’ for her ‘second choice’ Chris Siegfried during the Bachelorette finale, Desiree’s brother Nate Hartsock is back at it. This time, he reportedly met up with one of the rejected contestants, Zak Waddell. So is he trying to sabotage Desiree’s relationship with Chris?

Zack tweeted a photo with Nate, saying, “So great meeting Desiree’s brother @nate_hartsock83 What a great person! Help me welcome him to San Antonio.” Why would Nate even meet with one of the guys that his sister rejected on the show? Sure, the optimistic people might say he didn’t know anyone and Zak was being friendly to him, but it’s akin to a guy hanging out with his sister’s ex. It’s just weird.

Of course, the pessimistic have jumped to all sorts of conclusions, including claiming that Nate is trying to sabotage Desiree’s relationship with Chris. He’s already told everyone that Chris wasn’t even Desiree’s first choice, but we let that pass since it was obvious to everyone [including Chris, unless he’s an idiot] that Brooks was Desiree’s first choice.

However, he’s now hanging out with other contestants, so one can only wonder what he’s trying to accomplish. Hey, maybe this has nothing to do with Desiree. Maybe he’s just trying to take advantage of his connections and the fact that he’s Desiree’s brother, which is sure to get him so mileage considering the Bachelorette is so widely watched around the country.

What do you guys think? Is it just a coincidence that Nate met up with Zak? Or is he trying to ‘sabotage’ or mess up Desiree’s relationship with Chris? Let us know your thoughts in the comments.