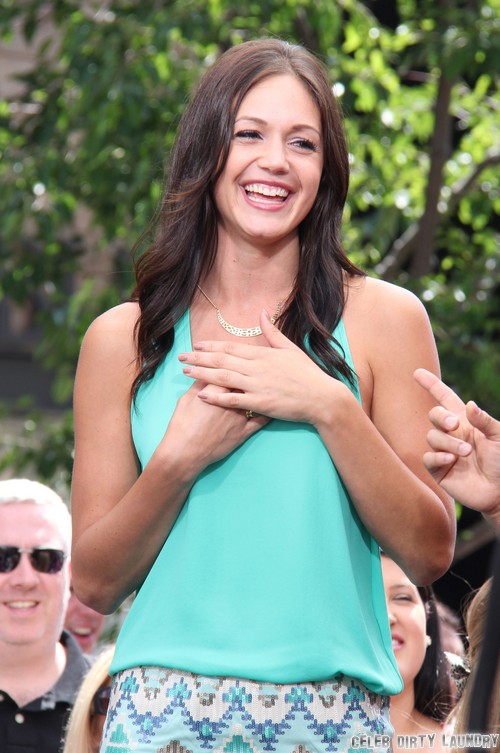 Desiree Hartsock has opened up about the intimate details of the ‘Men Tell All’ episode of the Bachelorette in an exclusive interview with In Touch Weekly.

For those who didn’t watch the episode, Desiree had to face all the sixteen bachelors that she’s thus far rejected this season. Desiree admits that it was Zak Waddell’s confession that managed to get to her, explaining, “[It was hard] seeing Zak. That was weird — it was hard to hear and see it in his eyes that he’s still a little hurt.”

Desiree sent him home several episodes back after realizing that he liked her way more than she liked him. She explains, “I never wanted our goodbye to be so hard on him. I just wanted closure for him, but judging by tonight that didn’t happen, so maybe he has closure now.”

Judging from that episode, it’s hard to believe that he has closure even now. It was seemingly very difficult for him to open up about the heartbreak, but one has to wonder if it’s not all put on for the cameras. I mean, Zak hardly knew Desiree, and he knew he was competing with so many other guys for her affection. I mean, can anyone really be that naïve? Desiree’s a pretty girl, but it’s the Bachelorette, for goodness sake. Nobody goes into that show blind, and I used to think everybody knew what they were getting themselves into. I’m going with Zak just being a really good actor. Maybe he’ll use that clip of him breaking down as his acting reel.

What do you guys think about Zak’s confession and Desiree’s reaction to it? What about Juan Pablo Galavis? Let us know your thoughts in the comments.