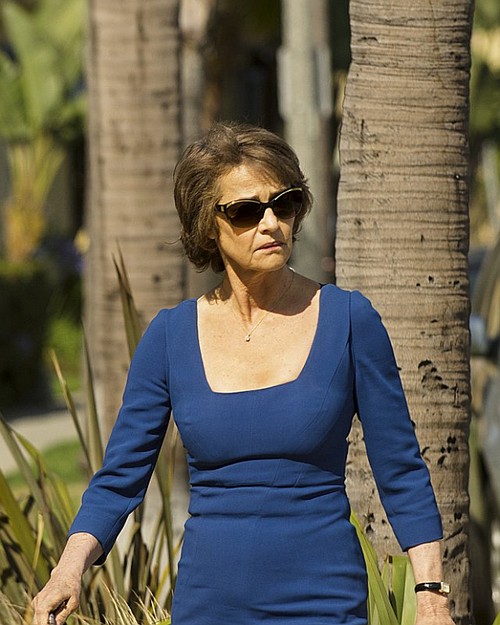 Tonight’s new episode of DEXTER was another wild episode and can you believe we have just two episodes left before the series finale?  Dexter will not be aired next week because of Labor day but will be back September 8th for a whole new episode.  If you are curious about the next episode we have managed to get our hands on a sneak peek video and some spoilers to whet your appetite for next week’s episode 10 “Goodbye Miami.”

On tonight’s episode Dexter told Dr. Vogel that he had decided to spend his life with Hannah.  Dr. Vogel informed him that it was not possible but Dexter felt she was underestimating him.  Dexter’s current plans were to kill the brain surgeon and then leave with Hannah. Dexter found out that Zack’s killer was related to Dr. Vogel.  Dr. Vogel had to admit that one of her sons, Daniel was a psychopath.  Vogel put him in a mental institution and he died there.  Dexter believes her son faked his death.  A Federal Marshall shows up looking for Hannah McKay and wanted Dexter to call him if she contacted Dexter.  Quinn kissed Deb, oh ya!  If you missed tonight’s episode you can read a full and detailed recap, right here.

Spoiler alert: If you’re one of those people who doesn’t like spoilers, stop reading now! We have some juicy spoilers for you about the season 8 episode 10 of HBO’s “Dexter”

Official Showtime synopsis of next week’s episode: “Dexter enlists Dr. Vogel’s help to lure the Brain Surgeon in order to get him on the table.  Later, an important person in Dexter’s life is murdered in front of his eyes.”

On next week’s episode it looks like after weeks of dancing around their attraction Deb and Quinn will finally get together.  Well not exactly get together but they do talk and kiss.

Dexter decides to leave Miami Metro and he gives Angel the news.  The guys plan a going away party for Dexter at Angel’s bar.  I am guessing that is why the title o the episode is called, “Goodbye Miami.”

The big news this episode is we lose Dr. Vogel.  Dr. Vogel ends up with her throat cut and it looks like the murder happens while Dexter has to watch.

Dexter episode 10, “Goodbye Miami” airs on Showtime on September 8th, 2012.   Check out the preview video below of episode 10 and let us know in the comments below what you think!  Are you enjoying season 8 of Dexter?