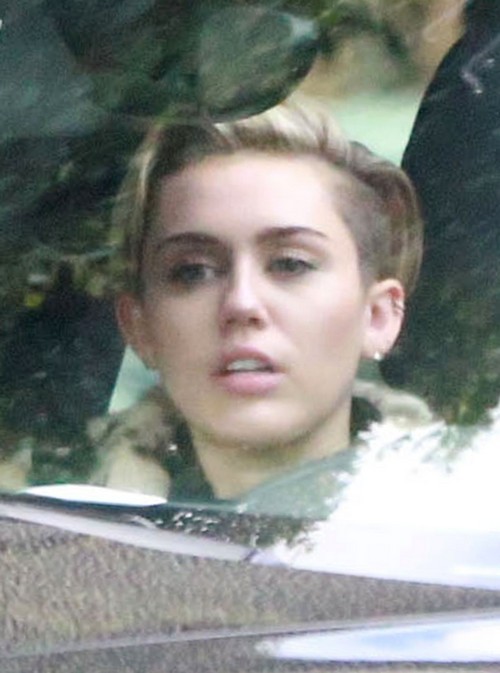 In the wake of all the criticism leveled at Miley Cyrus recently, her godmother Dolly Parton has come to her defense. Dolly told the London Evening Standard that Miley is like any other teenage girl, and is just ‘trying to find her place‘.

Dolly explained, “I’ve loved her through the years and watched her grow up, and I’ve seen how smart she is and how talented she is. I don’t think people really realize yet what a great singer and writer she really is. She’s just trying to find her own place and wings and learn to fly. If she needs my opinion on something I will surely give it and there have been times we’ve talked.”

Dolly also added, “I know that she has thought this all through. We’ll let her go and do her own thing. It’s not easy being young. It’s hard to know what to do. You’ve almost got to sacrifice your damn soul just to get anything done.”

Well, Dolly should know a thing or two about sacrificing her own soul to get anything done, except in her case it might be sacrificing her face instead. While she’s never been known for drugs or partying too much, her penchant for plastic surgery has definitely kept her in the tabloids. So sure, her addiction might not be fame or drugs or men, but instead sticking needles into her face. In this particular situation, do her words defending Miley have any meaning?

She’s not necessarily wrong – Miley is still clearly trying to define herself, especially after years of being defined by Disney and her relationship with Liam Hemsworth. She’s trying to break out of the cocoon that was wrapped around her over the past decade, but the only way she knows how is to go from 5% to 100% in the space of a few months.

And if Miley truly was talented and believed herself to be talented, she wouldn’t be resorting to all these extra tricks and publicity stunts to sell her music. It’s almost as though she feels like this is the only way to stay relevant, even though it’s clearly not.

What do you guys think about Dolly’s comments regarding Miley’s image? Do you think Dolly’s speaking from experience, and do you think she has any right to comment on Miley’s own behavior considering her past? Let us know your thoughts in the comments.