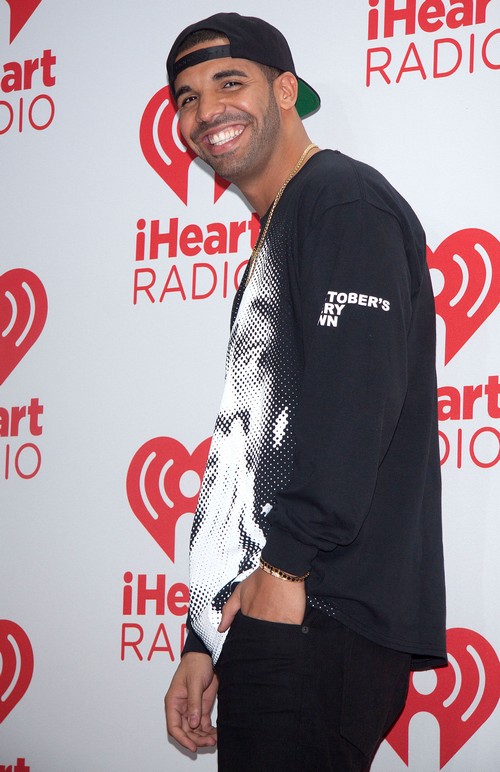 Are Rihanna and Drake finally together? I would say it’s about time, since they’ve both been hinting at it for so long now. E! Online reported that Drake and Rihanna were performing together two nights ago. And now that the ghost of Chris Brown is out of Rihanna’s life [hopefully for good], she can finally move on. The report states that Rihanna and Drake ended up going out to dinner after the show, and then ended up at a gentleman’s club later in the night.

Sources have stated that Rihanna and Drake requested to have their tables together at the club, and they apparently ‘looked like a couple’ to all the eyewitnesses. According to TMZ, both Rihanna and Drake made it rain with cash, Rihanna throwing up $5000 and Drake giving a whopping $12,000. And then after being ‘touchy-feely‘ all night, they ended up leaving together at 5 A.M.

Please, Rihanna, start dating Drake. He’s not a crazy asshole that keeps getting arrested for being a crazy asshole. Stay away from Chris Brown, and date the guy that’s clearly been pining for you for the past two years. The evidence certainly supports it – Drake hasn’t had a serious relationship since he started ‘hooking up’ with Rihanna two years ago, and they both finally seem to be at the point where they could make things official.

Of course, their PDA at the club probably served more than one purpose. Drake and Chris have had some pretty volatile fights about Rihanna in the past, and I’m sure this was Drake’s way of telling Chris that he ended up with Rihanna in the end. I mean, both Rihanna and Drake had to know that their night together would end up in the news, especially after they dropped that kind of cash. Basically, this was a giant FU to Chris Brown – which he absolutely deserves.