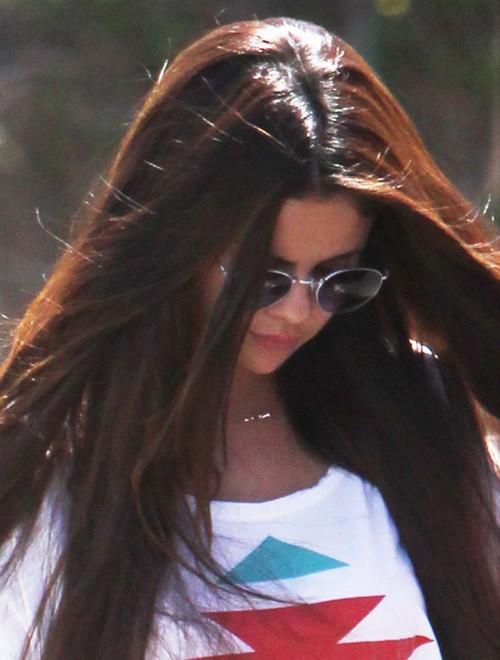 Selena Gomez recently had her 21st birthday party, and according to reports, Justin Bieber was present. Selena was spotted spending the night with Justin after the party, so everyone assumed that she and Justin were back together, especially with her recent comments about always ‘caring’ about him. However, a new report has popped up from In Touch Weekly, which claims that Selena was flirting with DJ Bentley Montes at her party.

A source tells In Touch, “[Selena was] totally flirting all night with the DJ, Bentley Montes.” So was she trying to make Justin jealous? I wouldn’t doubt it. But the problem is that the report also claims that Justin was ‘nowhere to be seen’, when we know that he did attend the party.

Obviously, a friend of Selena’s has already denied the rumors, saying, “Selena spent the night talking to her friends and family [while] playing hostess. She didn’t even pay attention to the DJ.” Snap. Look, I’m sure she flirted a little with the DJ – if he was cute and it was her birthday, and she was ‘supposedly single’ at the time, why wouldn’t she? But the party was massive and she had a lot of close family and friends there. I don’t think Selena would have ignored all of them to just flirt with the DJ all night, especially if she didn’t even know the DJ that well.

Obviously, if she was trying to make Justin jealous, it totally worked because she went home with later that night. And we all know the Biebz gets jealous easily. I’m almost surprised he didn’t get into a fight with this DJ Person, considering his track record at parties with alcohol.