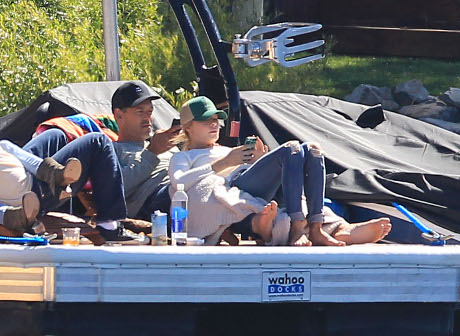 I have a pretty good feeling that LeAnn Rimes is about to go completely bonkers again- that’s if she hasn’t already this week! Fans of The Real Housewive’s of Beverly Hills saw Eddie Cibrian’s ex wife, Brandi Glanville finally confront the first woman that Eddie had an affair with. Her name is Sheana and she works for fellow RHOBH cast mate, Lisa Vanderpump.  During the chat Brandi learned that her husband would sneak out and hook up with Sheana every Tuesday night. She also learned an even more valuable nugget that she was all too happy to share, Sheana says that Eddie has hooked up with her while with his now wife, LeAnn!

According to Sheana, Eddie is just a big bundle of lies when he’s looking to get laid. “I believed he was separated, so I was happy to go out with him again. But shortly into trying to hang out with him I find out about LeAnn, and I felt like such an idiot!”

If you remember back to LeAnn’s self imposed stay at that treatment center, one of the underlying reasons was supposedly because she had a gut level fear that Eddie was cheating on her. I think it’s funny that she would fear such a thing when actually she should have expected it. If you start off as the side dish, you already know that you’re choosing a man who likes to pick from the a’ la carte menu. Of course he’s going to cheat!

How bad do you think LeAnn’s reaction to this news has been? She’ll never throw Eddie out because she is far too needy and clingy for that! Brandi may have refused to stay with a cheater but I doubt LeAnn will do the same! Do you believe Sheana’s story? Tell us your thoughts in the comments below!