Eddie Cibrian Using LeAnn Rimes, Spending All Of Her Money! 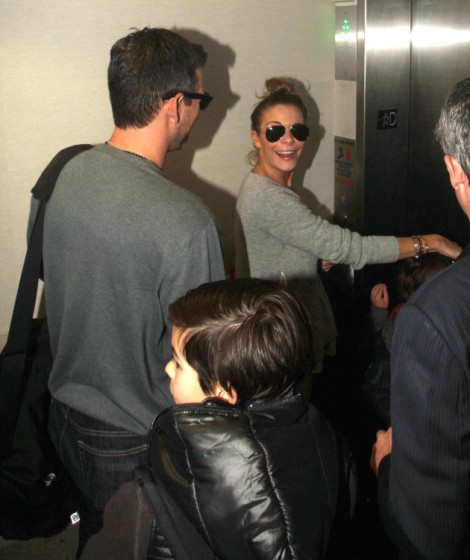 Those two do go on a lot of vacations. And the only person I ever hear about working in that relationship is LeAnn Rimes. True, she might be drunk half the time but she’s still making the money. What exactly does Eddie Cibrian do besides get in twitter fights with his ex, Brandi Glanville?

And before you ask, no, I don’t think Brandi was the source that told Star magazine Eddie’s using LeAnn and burning through her money. It was probably Brandi’s best friend while Brandi was listening on the other line.

This is why Eddie’s not throwing LeAnn away anytime soon. She’s a great meal ticket. She might be a tad on the needy side but what’s that matter when you get to live in a mansion? According to Brandi that’s exactly where the couple is headed. In her latest not-quite-spiteful tweet she said, “Ok Im super excited my kids are moving into a mansion but I want to throw up in my mouth and swallow it- having to keep hearing about it :).”

All those posed shots for the paparazzi must be getting pretty lucrative. What? You didn’t hear about that? Well, it turns out that (surprise, surprise) LeAnn has a deal with the photo agencies so all those obvious bikini spreads on the beach she’s so fond of taking aren’t so candid. Actually, I don’t think she gets any money from them but they enhance her image which enhances her brand and exposure which ends up to more money in her pocket at the end of the day.

She has to hustle. She has to keep that husband fat and happy or else he’ll just move on to the next pathetic (her words, not mine) C-list star. But am I being harsh? I thought it was pretty obvious Eddie Cibrian’s using LeAnn Rimes but maybe you think this pair is perfect for each other. He does have a TV movie coming up according to IMDB.com to it’s not like he’s completely useless but I think compared to her fortune it’s peanuts.

Do you think LeAnn Rimes’ money is the only reason Eddie sticks around?