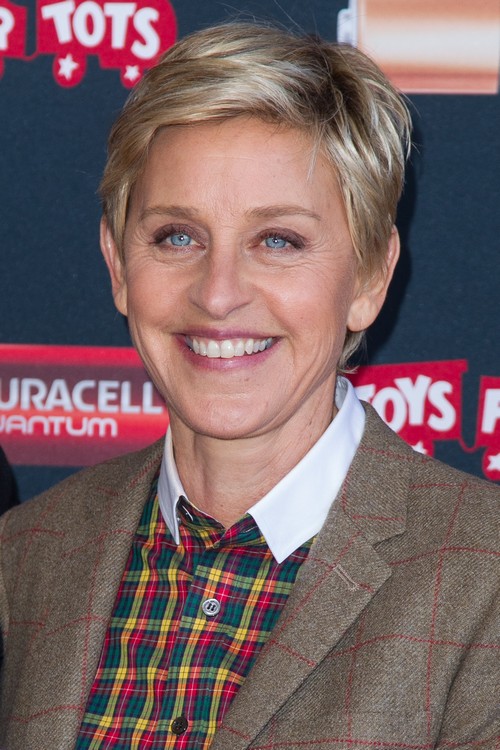 Uh-oh. It looks like Portia de Rossi better keep a good close eye on Ellen Degeneres because her attention seems to have drifted from her wife to another woman, Pamela Anderson. Ellen has always had a crush on the former Baywatch babe and recently she has been in close contact her. Pam turned up on Ellen’s talk show twice within three weeks partly because she was owed an apology. According to the Dec. 9th print edition of Star magazine Ellen had bet Pam that there was no way that she would finish the NYC marathon. When Pam did indeed cross the finish line Ellen insisted she return to her show for a very formal, public apology.

The apology came after Ellen sent Pam a nice bouquet of flowers after the marathon and also decided to cut her hair similar to Pam’s because the pixie look is so hot on the blonde bombshell. Somewhere in the middle of all of this you’ll likely find one pissed off Portia who certainly knows that Ellen is going way overboard to appease Pam, who claims to be completely straight. Maybe. Whether or not Pam returns Ellen’s attention is secondary to the fact that she’s so eager to pay attention to a woman other than Portia.

From the sounds of things Ellen may have already emotionally left their marriage, especially if she is actively looking for other women to connect with! Portia is said to be really concerned with Ellen’s new behavior. Do you blame her? Is the writing on the wall for yet another of Hollywood’s longtime couple’s? Tell us your thoughts in the comments below!