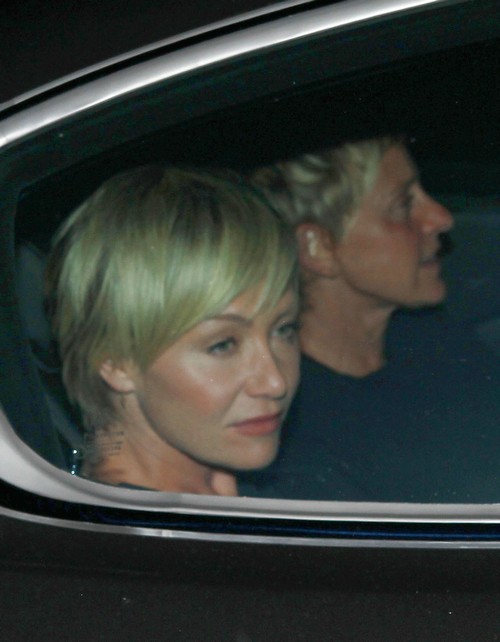 There must be something in the celebrity water because several long term couples have split in recent weeks while several more appear to be creeping towards the same thing. Ellen DeGeneres is a daytime guru that has been working her magic as a talk show host for years now and her wife, Portia de Rossi has totally supported her career, at least up until now. According to the Sept. 30th print edition of National Enquirer Ellen’s flirting with female guests has taken a serious toll on the relationship.

Portia recently saw Ellen’s interview with Olivia Munn and she flipped while watching her wife in action. This isn’t the first guest to make Portia feel uneasy. She also resents Ellen’s admitted girl crush on Katy Perry and it’s something that Ellen makes no attempt to hide either. Portia understands that a little couch humor and friendliness goes a long way when you’re a talk show host but Ellen’s latest interviews have left her feeling really cold. 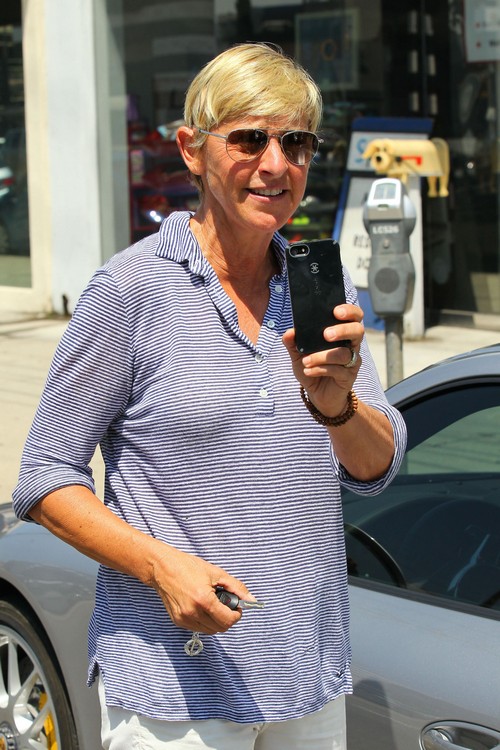 Sources on hand for Ellen’s brothers’ recent wedding say that there was a definite chill in the air between the couple. Ellen seemed genuinely happy but Portia’s smiles were obviously forced and it seemed like she was there more out of obligation that she was to join in the celebration. Portia has reportedly also had enough of Ellen’s extremely long work hours that she offsets with an obsession over real estate. Portia has moved with Ellen to nine different homes in under nine years and she is desperate to really settle in somewhere and to stay put. Do you think these issues will ultimately split the couple? Tell us your thoughts in the comments below!

Editor’s note: Ellen holds all the power in this marriage and does whatever she likes – as soon as Portia gets a little older Ellen will drop her and take up with a younger sexier women – you can count on it – it’s the Hollywood way. 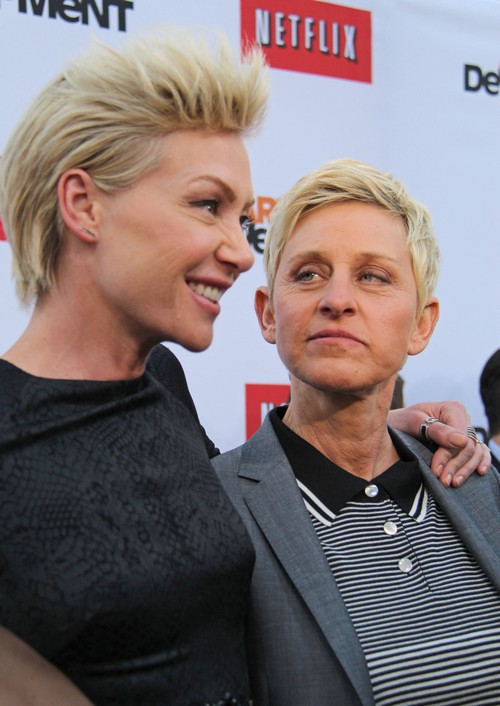