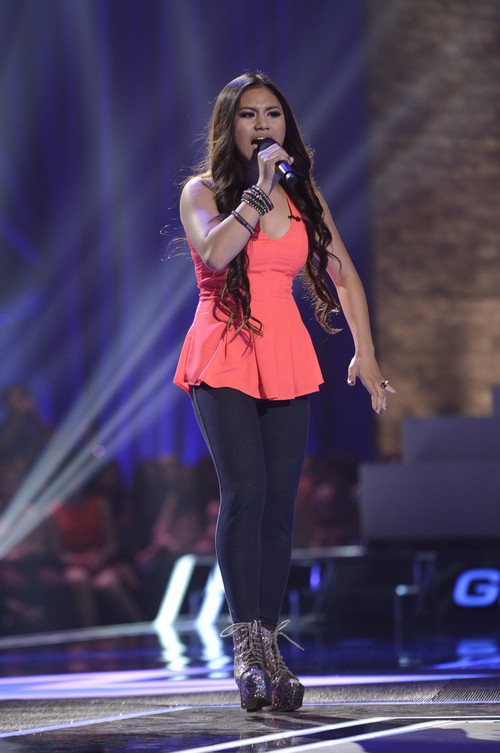 Ellona Santiago took the stage tonight on THE X FACTOR USA for the first of the live performance shows. Ellona sang “Baby Love” by The Supremes.  Ellona is on Demi Lovato’s girls team and they decided to sing this song for her Motown choice. On tonight’s show the top 12 performed live in front of coaches Simon Cowell, Kelly Rowland, Demi Lovato and Paulina Rubio for America’s vote and to make it another week. Did you watch tonight’s performance show? We did and we recapped it here for you.

Judges comments: Kelly says she is a little power house, she never expected that and gives a lot of respect to her. Simon says that when she came out first he was dreading the performance but felt she nailed the song; she has killer eyes and is very determined. Demi says she could not have been prouder, she has grown so much.

Ellona Santiago really feels she has a chance to make her dream come true. If you want to see Ellona Santiago make it another week, you have to vote for her.