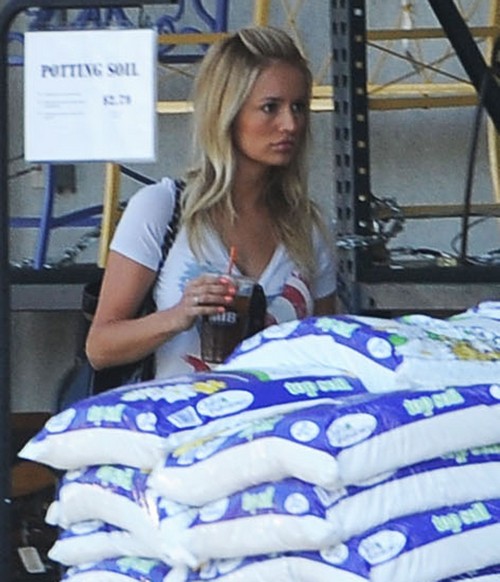 Guess what, everyone? Former Bachelorette star Emily Maynard is dating someone new, and she doesn’t want anybody to know who it is. She has reportedly been dating this boyfriend for six months now, but nobody seems to have picture proof of this relationship.

Now, I have no idea if Emily is making up this relationship or if she’s just trying to keep her romantic life private, but let’s look at this objectively. Emily Maynard used to star on the Bachelorette, a show known for producing some of the biggest famewhores in the reality television industry. If we were to look at all the possibilities, the fact that Emily might be bluffing would probably be at the top, no?

There’s also the fact that if she really has been dating him for six months, there should at least be some proof – whether it’s a friend or ex-boyfriend talking, or some Twitter or Instagram proof.

So Emily Maynard, who’s been engaged three times and twice on national television to Bachelors, has finally found the one? Or is just pretending she has? And the way Emily is spinning the story, her new boyfriend ‘Nick’ is ashamed of her reality television past, and that’s why he doesn’t want the public to know who he is.

Yeah, real winner she got there. The guy, if he exists, is so embarrassed of her that he doesn’t even want people to know that they’re dating. In the end, it’s really up to the fans to choose to believe if Emily is telling the truth or just playing them. I just have a hard time believing that there would be absolutely no proof of this relationship, but maybe Emily is a lot less relevant in pop culture than she thinks she is.