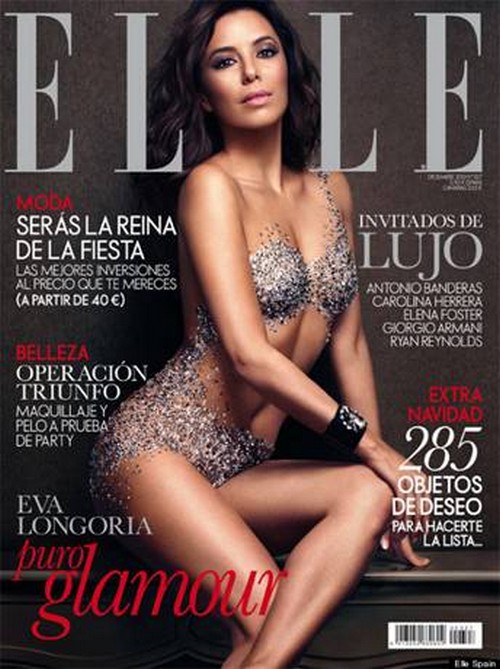 Let us first say we think Eva Longoria is a beautiful woman. She is certainly one of the best looking and most stylish Latinas in Hollywood, not to mention women anywhere in their late 30’s. But we’re not completely sold on her nearly nude cover on ELLE Spain.

While we wouldn’t mind being one of those Swarovski crystals that were painted on her body and VERY strategically placed, we’re left thinking this particular photo doesn’t put her best foot forward – or some of her other body parts. Most notable is her usually very pretty and youthful looking face. Compare the newest ELLE cover with a similar photo shoot for ELLE Spain that was published about a year ago. 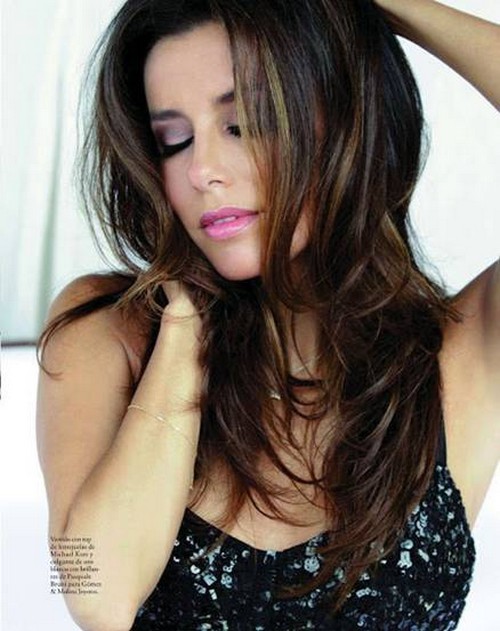 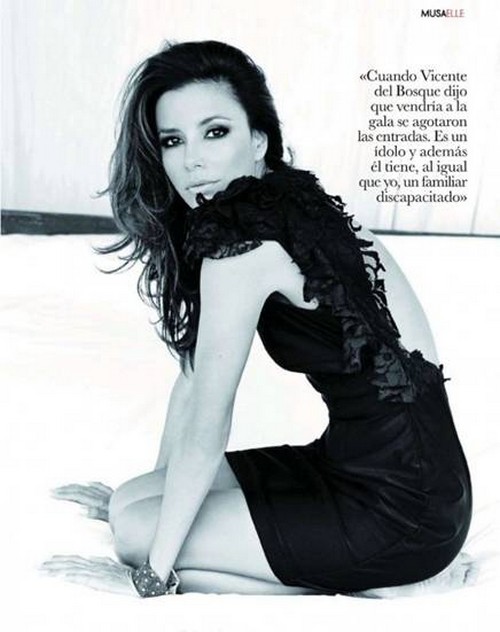 We think the difference is striking. Was the photographer for the recent cover photo going for the Eva Perón look? Did someone go a little Photoshop crazy with the picture? Was the photographer’s lighting just not working well? Did her makeup artist forget to put his/her glasses on? We’re just left wondering why. What is the point of making her face so dark? We’re sorry, but her usually vibrant good looks just don’t show through in the new ELLE cover.

We’ll also point out that Eva may not have been at her very best at the time this cover shoot took place. Looking at her hair, which she has lightened recently, as well as her travel schedule over the past few months, we’re guessing the photo shoot for the ELLE cover took place sometime around mid summer 2013. Our best guess is that it coincided with her trip to Marbella with then bankrupt boy-toy Ernesto Arguello, who she abruptly dumped upon her return home from that trip. 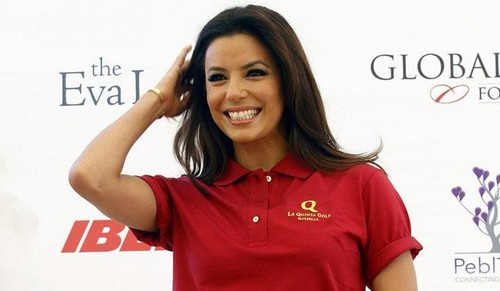 The Eva that appears in those Marbella pictures clearly wasn’t happy with her look at the time. After getting a gift box of chocolates in Marbella, she even tweeted “This is such a cruel gift for someone (me) on a diet!!!” 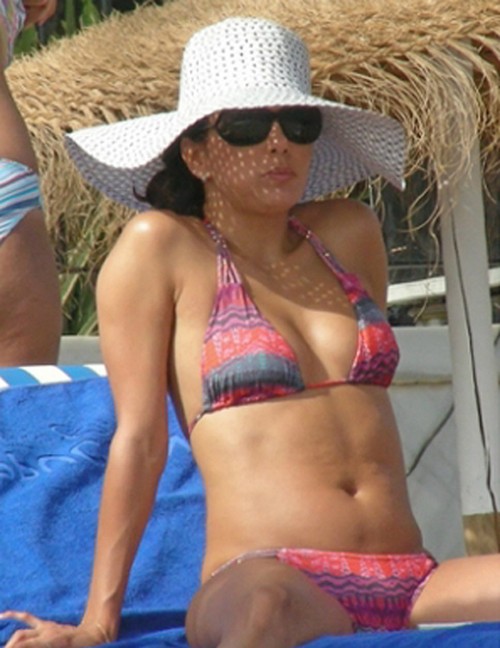 Now imagine if Eva had waited just a few months to do this same photo shoot – the Eva who has been running her buns off all over West Hollywood and Malibu over the past month or two. The Eva who looks happier and brighter since finding new romance with José “Pepe” Bastón. This is the Eva who sparkles even without all those Swarovski crystals. 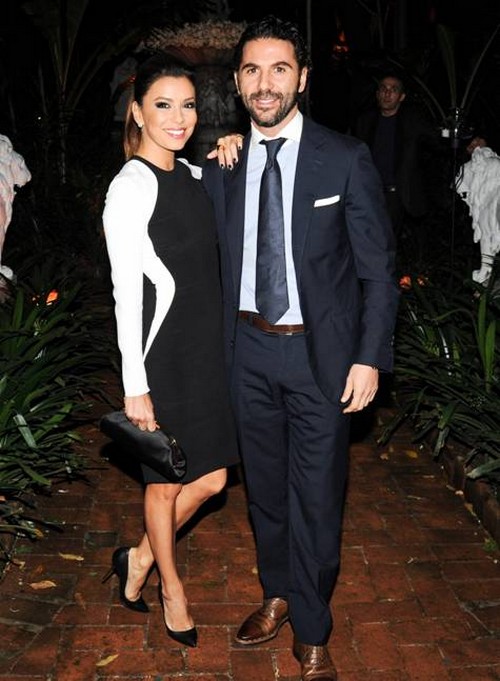 You tell us. Do you think Eva’s ELLE cover was a hit or a miss. While you’re thinking about it, watch this video and think about being one of those crystals!