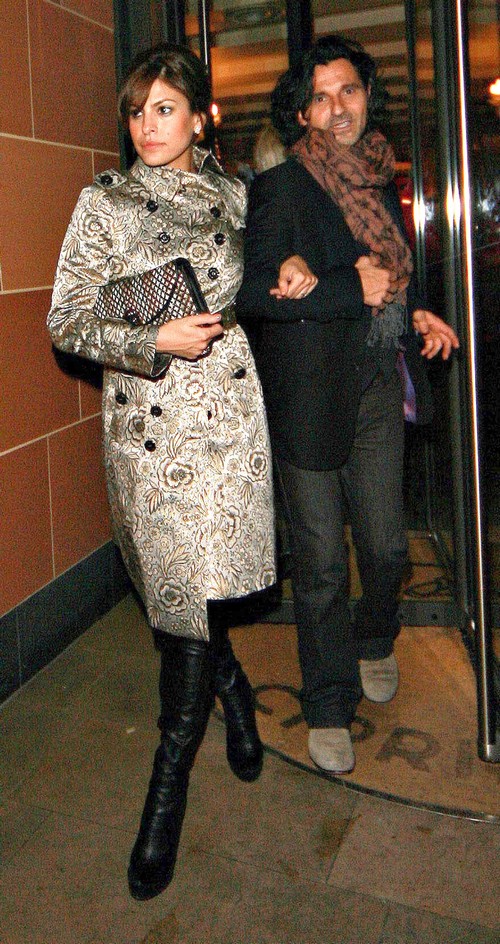 Anyway, a new report from Star Magazine [which means it’s probably not true] states that Eva is feeling ‘restless‘ about her relationship with Ryan, and so has started having ‘trysts’ with ex-boyfriend and Peruvian filmmaker George Augusto, who she dated from 2002 to 2010.

A ‘source’ tells Star that the root of Eva’s problems with Ryan is that he’s ready for commitment and she’s not, explaining, “Ryan’s friends know he is ready to settle down, 100 percent… Eva loves Ryan, but she’s very nontraditional when it comes to what she wants. She’s phobic about commitment. That’s the root of the problem.” Is it just me, or have all the reports about Eva and Ryan recently been about how Eva is not willing to commit? Looks like someone’s PR team has been kicking into overdrive.

Anyway, this source adds that since Ryan’s eagerness to get married and have babies is getting Eva a little antsy, she has turned to this Augusto fellow to keep her mind off things. The source explains that Eva and George are still ‘very much entwined‘, and, “she’s started saying things about how George is the only guy who really gets her.”

Again – batshit insane. But I’m still not buying all of this about how Eva’s against commitment and Ryan’s not. It is refreshing that for once, the tabloids are giving us stories about how the woman’s not willing to commit when it’s usually the other way around, but Ryan’s so busy and Eva has practically nothing going on in her career. Looking at this logically, who would want to get married first?