Basketball Wives’ Evelyn Lozada Pregnant But Not By Chad Johnson 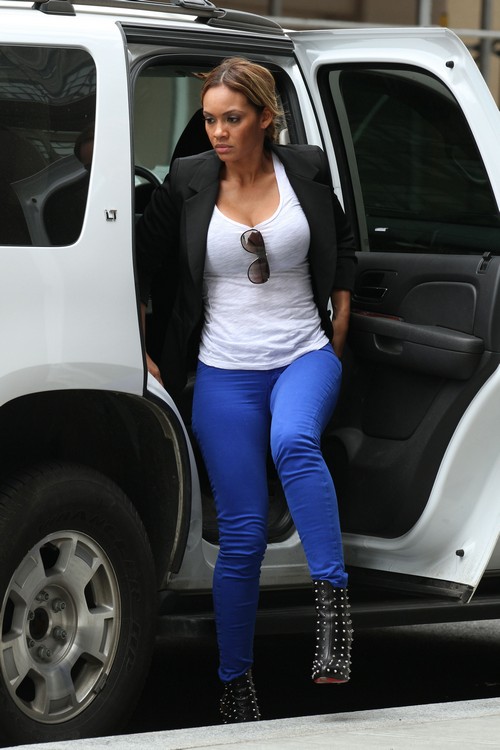 If you tuned in to the most recent season of VH1’s Basketball Wive’s then you watched as Evelyn Lozada talked her failed 2 month marriage to Chad Johnson to death. I guess the camera’s were rolling as she coped with the fallout of Chad head-butting her in a car when she confronted him about cheating. The couple’s split was fodder for all of the gossip sites as Evelyn decided to empower herself and talk about the abuse as kind of a cautionary tale.

Usually as Basketball Wives is airing the ladies real lives are at least somewhat similar to what is unfolding onscreen, it’s just a few months later in real time. However in Evelyn’s case, it seems that she has been hiding a pretty big secret, one that TMZ has just uncovered. Girlfriend is pregnant and not just a few months along either. She is 6 months into a supposedly planned pregnancy with some random, as yet unnamed dude that she has been dating for about a year now.

That’s a surprise considering the last we all knew Evelyn was holding off on men, love and even attempting to find her version of a happily ever after! She is already mom to a 20-year old daughter Shaniece who was born when Evelyn was just 17. Do you think that her radar for men has improved and her current baby daddy is at least a decent dude? Do you think this baby was really planned or did Evelyn just not want to admit that there was a bit of a whoops in there? Tell us your thoughts on Evelyn’s surprise pregnancy in the comments below!