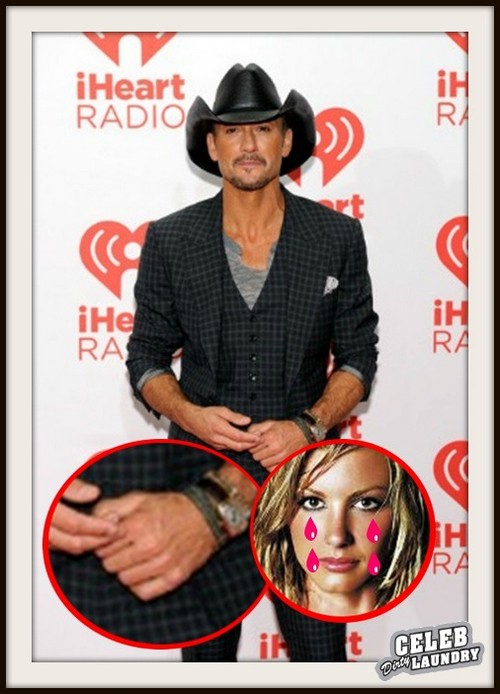 Faith Hill has talked a bit about being given up for adoption and back in 1993 she hunted down and connected with her birth family. While doing so she learned about her brother, Zachary White who has quite a drug history. After years of strong arm robberies for crack money White finally went to jail and came out a changed man. He has credited Faith and Tim McGraw for giving him the support necessary to really turn his life around.

In an exclusive interview running in the Nov. 25th print edition of National Enquirer White speaks of being thrilled to be able to return the favor and help the couple. As we have been telling you guys for months, Tim and Faith’s marriage has hit a real snag. He worked with Taylor Swift on a duet that made Faith’s spidey senses tingle. She decided to rein Tim back in and this time around he decided not to let her control him again. Within weeks Tim’s ring was off and the couple spent their Oct. anniversary apart.

White claims that he has been the negotiator for the couple in recent weeks, trying to help them to see each others’ side and find some sort of middle ground. White admits that the problems really might not be fixable at this point or else Faith and Tim may not be willing to once again do the work that it would take to repair their marriage. Do you think that White really is thrilled to be helping his family? I mean, why would he talk to Star ? Doesn’t that seem to go against being supportive of your family members that are going through a difficult time? Tell us your thoughts in the comments below!