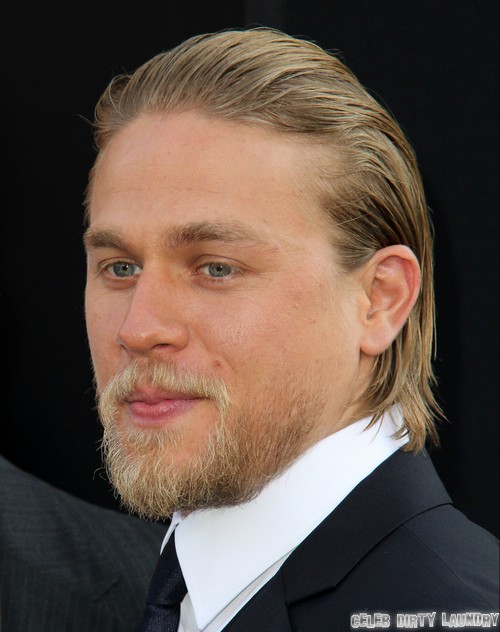 Noooo Charlie, what are you doing??!!! Stay away, stay faaaar away.

According to a new report from Indie Wire, Charlie Hunnam and Cara Delevingne are being shortlisted for Christian Grey and an unknown role in the upcoming Fifty Shades of Grey film adaptation. Now, I think Sam Taylor-Johnson‘s a great director and the source material definitely has its appeal for a certain audience, but Charlie broke out in a big way with Pacific Rim and he has the opportunity to establish himself as an actor first, and then movie star second. He was reportedly in talks for a movie called Triple Nine that could co-star the likes of Cate Blanchett and Christoph Waltz. And he’s also acting in Guillermo Del Toro‘s next movie with Jessica Chastain, Mia Wasikowska, and Benedict Cumberbatch. When you consider the caliber of his next few movies, Fifty Shades of Grey would undo all his hard work, and he would never, ever be able to escape the role of Christian Grey. Just like no matter how much Robert Pattinson tries, he can’t seem to escape Edward Cullen.

So while Cara’s actually a perfect choice for one of the supporting characters, I think Charlie’s too good for this. Either way, it’s not a done deal and the the report is only saying that the producers are very keen on getting Charlie for the role and he’s apparently a ‘prime target’, especially considering how many females were swooning over him in Pacific Rim. Well, duh – he’s gorgeous. Whether he suits Christian Grey? Well, makeup and hair can make anyone look like anything in movies, so that’s not really a worry.

What do you guys think about Charlie Hunnam possibly being cast as Christian Grey? Do you think he would make a suitable choice, or does he not look the part enough? And do you think his agents will allow him to accept, or will he also turn down the role like Garrett Hedlund before him? Let us know your thoughts in the comments.