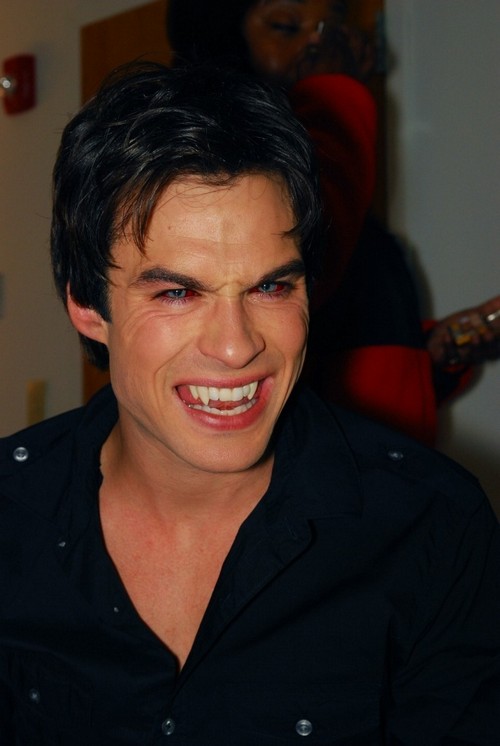 Hahahahaha. I’m sorry, I can’t stop laughing. Ok, so we’ve been discussing the casting for Fifty Shades of Grey pretty consistently since the film’s release date was first announced. The one person that has been mentioned over and over again is Ian Somerhalder, only because he’s been so vocal about wanting the part. Forget vocal, some even went so far as to say desperate. He’s been reported as saying, “It could be very, very amazing. I have the book and I just started reading it. That would be a pretty incredible thing, and hopefully that could pan out . . . Beyond the shadow of a doubt, I think that would be a phenomenal opportunity!”

Anyway, we had mentioned that Henry Cavill has no interest in the role, but guess what? Garrett Hedlund just turned down the role as well. So does that leave Ian? Well, apparently E.L. James [the author of the books] has mentioned that she doesn’t want Ian for the part, hinting that they’re aiming for a higher caliber actor – along the lines of Garrett.

Well, poor Ian. Isn’t that kind of insulting? Not kind of, it is insulting. Basically, Garrett Hedlund – who’s not even really an A-list star – got to turn down the role, but Ian doesn’t even get an offer. Ouch. A source tells US Weekly, “E.L. was at a Comic-Con party July 20 telling people the part won’t go to Ian.” And when it comes to Garrett, his official reason for turning down the part is because he didn’t want to commit to a trilogy. The source explains, “Doing a possible trilogy was too big a commitment, and producers wouldn’t let him do just one film.” Please. He didn’t want to do Fifty Shades of Grey, plain and simple.

So now they basically need to get someone who’s in between Ian and Garrett’s level of fame and ability. So who comes in between CW actor and B-list franchise/indie actor? Especially one that’s around 30 years old. I’m not really sure. Do you guys have any ideas? Let us know in the comments.