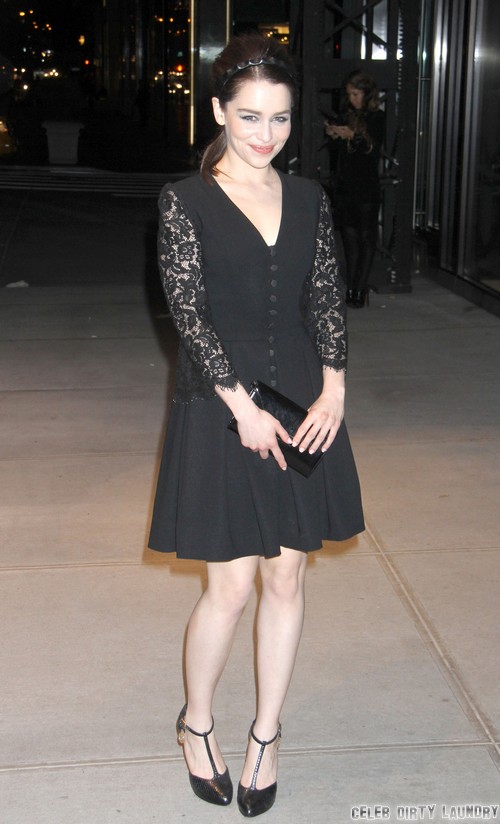 There are plenty of fan favorites for the Fifty Shades of Grey movie cast, and every fan seems to have a different idea of what Christian Grey and Anastasia Steele should look like. But there are several names that get repeated over and over and over again. For Christian Grey, those names are Henry Cavill, Matt Bomer, and Ian Somerhalder. We’ve already covered that whole situation, and if any of those three gets cast, it will probably be Ian Somerhalder purely because he’s so desperate for it. However, when it comes to the names for Anastasia Steele, almost all the fans seem very, very enthusiastic about Alexis Bledel and Emilia Clarke.

Neither one of them is considered an ‘A-list’ actress, although they have enough name recognition to bring their own fans to the project. Out of the two, Emilia is probably more suited to the project because she’s done nudity before and might not have an issue with doing it again. However, neither one of them has expressed public interest in the project. That might not necessarily be a deterrent, but it’s certainly not a great sign. We have people like Ian Somerhalder creating mock auditions and letting his interest be known in every way possible, so why haven’t Emilia or Alexis expressed their interest?

Well, much like Henry Cavill, they could just be waiting to read the script before they say anything. The project is currently in the casting stage, and the studio is being careful to go about it without leaking anything. Right now, the filmmakers are reportedly setting up meetings with actors but several insiders say that they could be considering complete unknowns – which means that Alexis and Emilia would immediately be ruled out.

What do you guys think about either Alexis or Emilia for the role of Anastasia Steele in Fifty Shades of Grey? Are you a fan of either actress, or would you rather an unknown take the role? Let us know in the comments.