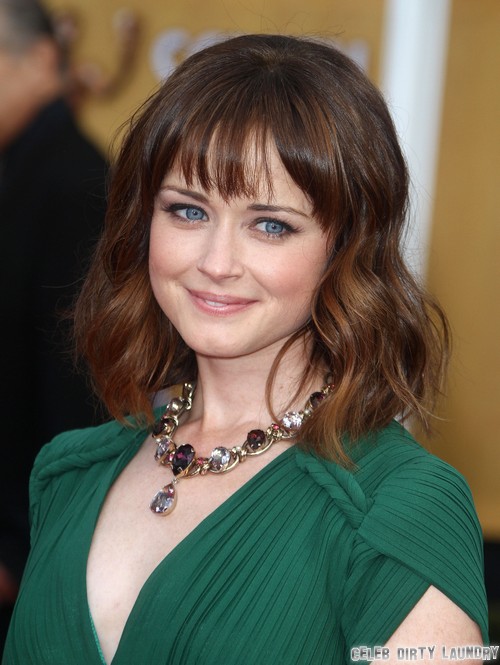 I fear for the sanity of whatever actors get cast as Christian Grey and Anastasia Steele in Fifty Shades of Grey, I really do. If the fan anticipation and excitement is this high before the casting’s even begun, can you imagine what will go on when the film goes into production, and then when it’s about to release? The actors will probably need a protective detail with them at all times, and I wouldn’t at all be surprised if we see a repeat of the Twilight pandemonium.

Right now, casting is the hot topic. The director’s been chosen, the script is locked, and the film is well into pre-production. The only thing left is to choose the cast. We’ve already covered the discussion and rumors over the male casting for Christian Grey, and now we turn our attention to the casting of Anastasia Steele. Arguably more debated than Christian Grey [which usually sees two or three names regularly in the mix], there are many, many actresses that fans would like to see for this role. Two of the more commonly mentioned names are Alexis Bledel and Emilia Clarke, but reports coming in are saying that bookies are putting their name on Alexis.

A spokesperson for a bookmaker [I didn’t even know they existed] was reported to have said, “We’ve seen a ton of money on Alexis Bledel and it’s clear punters fancy her for the role – we’ll be facing a spanking payout if she’s tied down for the role.”

What exactly are these ‘pundits’ basing this on? The fans’ choices and their expectations? Remember, before Twilight and the Hunger Games came out, neither Kristen Stewart nor Jennifer Lawrence were considered top picks. Right now, Fifty Shades of Grey is hot property and the studio and producers are trying their best to make it as legitimate as possible, which is definitely hard to do considering that it’s largely considered ‘mommy porn’ among most people. However, with this much fan fervor and anticipation, I have no doubt that the filmmakers will read every A-list star that they possibly can, especially because the producers are Oscar-nominated and it’s a big studio project.

Do you think Alexis Bledel would make a good Anastasia Steele, or do you prefer someone else? Let us know in the comments.