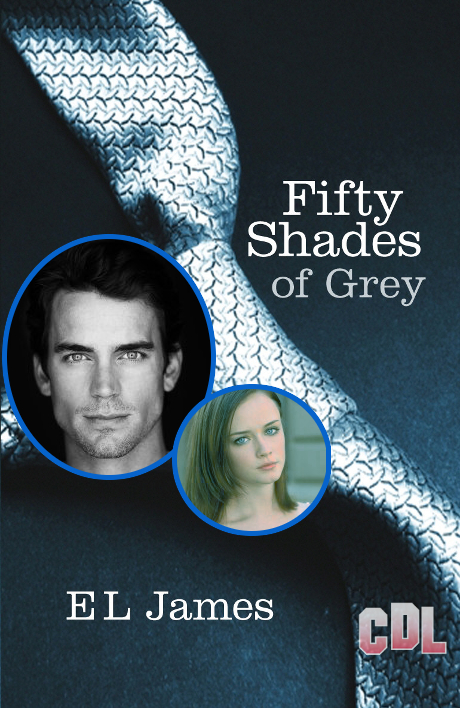 The zealous devotees of the Fifty Shades of Grey series have created yet another “film trailer” for the upcoming film of the same name. In this, the latest video trailer to surface online, Matt Bomer is cast as Christian Grey and Alexis Bledel stars as Anastasia Steele. According to Hope Carson over at Gather, the short teaser fan video also casts Blake Lively, Andrew McCarthy, and Matt Damon.

The once again brilliantly made trailer carries an epic sensuality to it, with fast faded editing and short scrolling slogans. The familiar slow motion sequences are included and the night time shots of Seattle are overlaid by single phrases such as “Love Happens”. Matt Bomer is being watched through a window, once again creating that magnificent voyeuristic feel which was so evident in the first trailer. The editing becomes slightly clichéd, especially when the nonsensical scenes begin to flash intermittently — giving this trailer a more surrealistic and melancholic feel than the previous one.

Disappointingly, the trailer completely falls apart in the middle when the stock footage of what looks like New York is shown. The phrases pulsate across the screen as the editing reaches a slightly asthmatic point of no return. Alexis Bledel fits the sensual naivety of Anastasia Steele, but Matt Bomer’s intense eyes seem to draw away from the character’s blasé and nonchalant attitude. This is a clear indication that the openly gay Bomer, who created a firestorm over being one of the short listed actors for the role, will never be able to fit the masquerading intensity of Christian Grey.

Blake Lively’s insane beauty would be a great deviation from the film’s sexual subject matter. Her face is an opulent presence. We are not too sure what Matt Damon is doing there, because he looks more like the village idiot than a co-starring actor. This, however, was terrible editing on the part of the video creator. A trailer is based on the incomparable work of Luis Bunuel, most specifically his most important work, Un Chien Andalou – a surrealist short film made in the late 20’s with Salvador Dali. Music videos are also loosely based on this premise. However, trailers should still contain a window to the film, where the juiciest parts of the plot are shown to the viewer in a slightly linear way. There’s a certain nonsensical element when the trailer contains actors which pop out of the blue like dead people and Martin Sheen.

Let us know in the comments below which trailer made you more excited, this one or the previous one?

Check out CDL’s theatrical trailer. Let us know what you think about our casting choices!