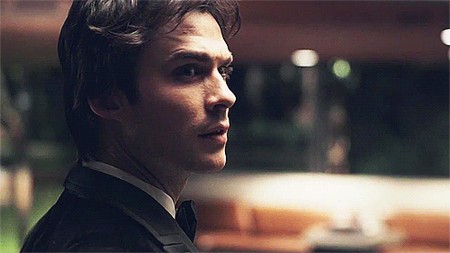 Now that the script is locked down and the director’s in place, sources say that the filmmakers are starting to seriously look at several contenders. There’s some good news for the fans because sources say that fan favorites are not being ruled out completely, but there’s also a huge list for both Christian Grey and Anastasia Steele, and the producers could very well end up going with unknowns for both roles.

Sam Taylor-Johnson is no stranger to casting unknown actors for her films. For her first film, Nowhere Boy, she cast then little-known actor Aaron Johnson. Of course, Aaron became famous with Kick-Ass, Anna Karenina, and will soon become a household name with the upcoming Godzilla and possibly Avengers 2.

Well one B-list (C-List?) star who has been begging for the role is The Vampire Diaries hottie, Ian Somerhalder.  In his 30’s already, Ian is desperate to have hit on the big screen and he knows the Fifty Shades of Grey movie will do it.  Now that he’s dumped Nina Dobrev he won’t have to worry about her jealousy and clinging behavior should he win the role.

Despite that, E.L. James and the filmmakers certainly have their wish list of actors and we’ll find out more over the next few weeks. For now, the production is being fast-tracked since the release date has finally been set for August 1, 2014.