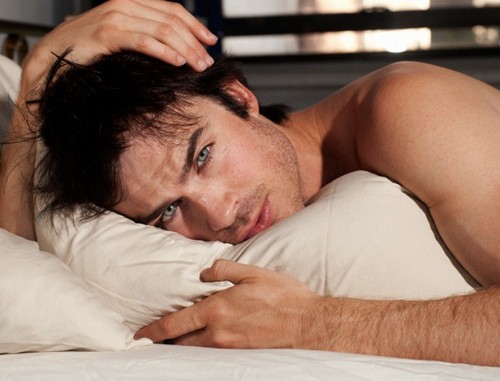 Fifty Shades of Grey movie casting is down to the last few days and Nina Dobrev is out of luck since her breakup with Ian Somerhalder! Since that happened she has been firmly removed as a contender for the role of Anastasia Steele and it’s all because of her split with Ian.

Nina and Ian were initially the top fan choices when the project was first announced, and before fans discovered the likes of Henry Cavill and Matt Bomer for Christian Grey. They felt that because Nina and Ian were a gorgeous real-life couple, they would be able to convey the necessary chemistry between Christian and Ana in the film. Unfortunately, Nina and Ian broke up a couple of months ago and based on all the reports coming in from the Vampire Diaries set in Atlanta, they’re not really on speaking terms, or at least, not very good speaking terms.

Because Ian is still passionately pursuing the role of Christian Grey and the producers are at least considering him, Nina’s name has been firmly stricken off the list for Anastasia Steele. Sources say her name was never on the list to begin with, but if she wanted to read for the part, the filmmakers might have allowed it. However, Nina has no interest in the part, and her seemingly contentious relationship with Ian has ruined any chances if she did want the part.

Even without Nina, the fans have plenty of other choices. Alexis Bledel and Emilia Clarke are both top fan choices for Anastasia, but Emilia has filming commitments for Game of Thrones that might interfere with the filming schedule for Fifty Shades of Grey, which is aiming to film this fall/winter. Alexis hasn’t mentioned any interest in the film, but right now, she’s probably the only fan favorite actress who might actually audition for the part.