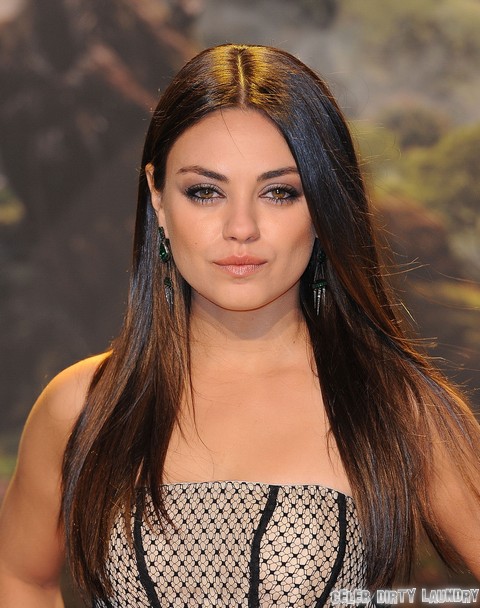 The first few months of this year have been filled with speculation over the Fifty Shades of Grey movie. We learned that it is likely to be released in summer of 2014 and that the script needed to be finished before any casting would take place. It seems to be one of those projects that every younger actor or actress has wanted to find themselves attached to. Fifty is technically a trilogy which means it will ultimately be a franchise. Franchise actors end up extremely popular even if they’re unknown before- just ask Kristen Stewart. She can’t act and still has a ton of money in the bank.

“Gosh, this Fifty Shades Of Grey thing is just not gonna leave is it. No, you will not see me in Fifty Shades of Grey. I’m so sorry.”

Mila taking herself out of the running only adds validity to the rumored confirmation that Emma Watson has actually been cast. While Mila doesn’t seem to have any beef with Emma, she’s also not exactly sure that Emma has the chops to pull off the sexy role. We’ve never actually seen Emma in a role that required her to turn up this kind of heat. Then again, maybe that will make it perfect casting. After all, Ana is a 21-year old ingenue that goes from innocent to shackles and love slavery upon meeting Christian Grey. Maybe Emma will also learn as she goes, lending some authenticity to the role.

Should Mila have been cast instead? Tell us your thoughts in the comments below!