Mila Kunis: Fifty Shades Of Grey Would Be ‘Something Fun And Different’ 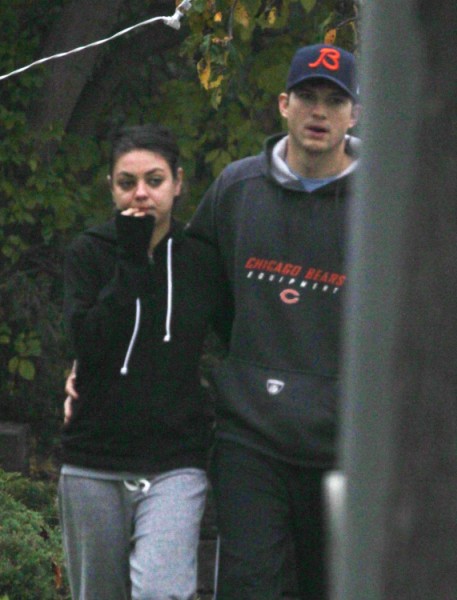 Dear God, did Mila Kunis just throw herself in the running to play Anastasia Steele? Mila Kunis wouldn’t do that, would she? She’s an Oscar nominee. She’s an intelligent, confident, hilariously cool chick. She would never EVER put herself out there to star in Fifty Shades of Grey!

Or would she? Mila has been exhibiting some odd behavior of late. I don’t have to tell you that we’ve been in a fight over the whole Ashton Kutcher thing. If she marries Ashton, gets knocked up AND stars in that crap all in the span of a couple of years then I’ll just have to cut ties. I’m not sure I’d be able to handle it. She was also in a movie with Justin Timberlake, and while I have managed to block that from my brain, all of this, plus that, cannot equal girl crush anymore.

Oh I know! Work is work. But work is work for people like Ian Somerhalder and Nina Dobrev who are campaigning hard for this disaster in the making not Mila Kunis who is a hot, in demand actress just coming off a huge blockbuster like Ted.

Am I overreacting? Maybe. I’ll allow for that. Besides, it’s not like she said she reads the books every night before she goes to bed or anything. According to The Sun, in reference to the movie she said, “There are times when you just want to do something fun and different, because you’re going to have a good time doing it.”

But the Mila I know and love would have also said, “And Ashton Kutcher? Are you serious? I just let him hang around me because he has no friends. Believe me dude, I’m not hittin’ that.”

So we can be wrong about our imaginary friends sometimes, can’t we? It’s a tough lesson but one I hope I don’t have to learn this time around. What do you think of Mila Kunis’ Fifty Shades of Grey comment? Was she just talking or could you see her wanting the role?