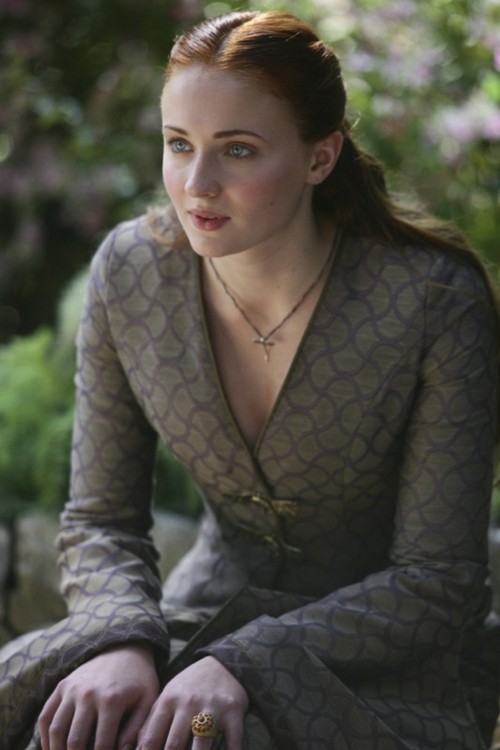 Can you believe, tonight is already the season finale of GAME OF THRONES?  It really seems like the season just started!  On tonight’s season finale called, “Mhysa,” Bran tells a ghost story. In Dragonstone, mercy comes from strange quarters.  You just know there is going to be tons of action, drama and blood.  Did you watch last week’s show?  We did and we recapped it here for you.

On last week’s show Robb headed to the Freys.  Robb feels the marriage, between Edmure Tully and Walder’s daughter Roslin Frey, is an invitation which he cannot decline after already giving slight to his allies the Freys once.  So Robb heads to The Twins with his mother, uncle and a his banner men to meet Roslin Frey.  It was another jaw dropping, action packed episode, leading us into the finale. Lots of things went down, but I feel like there’s really only one thing of importance to talk about: the wedding between Lady Stark’s brother and Lord Frey’s daughter. As it turns out, LOTS of people died — important people.  That is why it was called, the red wedding.

On tonight’s show there will be drama lots of drama. There will be war. And, most certainly, as always, there will be blood. The House Stark banner is burning — could this season mark the final downfall of House Stark? Daenerys is going somewhere — and that somewhere involves her dragons. Tyrion gets a shining moment and Arya is continuing her journey. As we saw in last week’s episode, Arya was trying to get to her mother and Robb, but she arrived a moment too late. The Hound saved her. Where’d they go?  Joffrey will challenge Tywin that should certainly be interesting!

Tonight’s show opens with the Stark banner burning and Robb’s bannermen being slaughtered.  The Hound heads towards the scene with Arya and she sees her brother Robb’s wolf’s head cut off and placed on his decapitated body, he quickly leaves.

Tyrion is walking with Sansa and Sansa gives Tyrion advice that he should ignore the people who laugh at him.  Sansa regales Tyrion with things they can do to get revenge on people that are laughing at them.

They are interrupted, Joffrey has called a meeting of the small council.  Joffrey tells Tyrion that Robb Stark is dead and so is Catelyn Stark.  Joffrey got a note from Lord Walder Frey that they were killed.  Joffrey wants the head of Robb Stark so he can give it to Sansa at his wedding feast.  Tyrion tells Joffrey he cannot taunt Sansa anymore.  Joffrey tells Tyrion he cannot speak to him that way, because he is King.  His grandfather tells Joffrey that no King tell people that they are King.

Joffrey confronts Tywin and Tywin totally dismisses him and sends him to bed.  Tyrion thinks it is funny because Tywin sent the most powerful man in Westeros to bed.  Tyrion tells Tywin he knows it was not Walder Frey who planned the killing of the Starks.  Tywin admits it was him who engineered all.  Tywin wanted to end the war and realized this was the way to do it.

Tyrion tells Tywin the Northerners will never forget.  Tywin does not care he has appointed Roose Bolton the Warden of the North until Tywin makes Sansa pregnant.

Tyrion lets his father know he has no intention of raping Sansa.  Tyrion asks Tywin when he has ever done anything that was not in his interest.  Tywin tells Tyrion the day that he was born.  He wanted to kill Tyrion at birth but let him live and raised him as a Lannister.  What a cruel father.

Tyrion goes to see Sansa she has been sobbing.  He leaves.

Bran, Hodor and Osha are traveling – they look for a place to sleep.  Bran tells them a story about how the Gods cannot forgive someone who kills a guest under his roof.

Lord Walder Frey is bragging because he slaughtered all the Starks.  He is informed by Roose Boldon that Blackfish Tully has escaped.  Walder.  Walder wants to know if Roose will move to Winterfell.  Roose does not want to go now because Winterfell is in ruins.

Roose tells Walder that his bastard Ramsay has Theon Greyjoy – he is taunting him about castrating him.  Ramsay still has Theon tied to the cross.  Theon wants Ramsay to kill him.  Ramsay continues to taunt Theon and refuses to kill him.

Bran Stark wakes up his wolf is growling.  They hear noise outside, someone comes in and Osha attacks.  It is Samwell and Gilly and Samwell begs them not to kill him and tells them he is a member of the Nightwatch.

Samwell recognizes Bran as Jon Snow’s brother.  Samwell tells Bran if he is Jon Snow’s brother then he will help him.  Bran tells Samwell he wants to get to the other side of the wall.  Gilly asks them to come with them, she tells them they do not want to go North.

Bran begs them, he has to go North.

Balong and Asha gets a note from Ramsay Snow demanding that everyone leaves the North.  He sent a piece of Theon to Balon and the note tells them if they do not leave the lands they have seized there will be more parts of Theon sent.  Balon won’t help – he tells Asha that since Ramsay castrated Theon he is not a man anymore and he will not help.  Asha tells him she is taking a ship and 50 killers and she is going to bring her little brother home.

Bran asks what the dagger is Samwell has.  He tells Bran it is Dragon glass and it kills the White Walkers.

Davos Seaworth comes to see Gendry – Gendry is upset and accuses Davos of being a high borned.  But Davos lets Gendry know he is from Flea bottom just like Gendry.  Gendry asks Davos how he became a Lord.  Davos explains how he was awarded with a Lordship after helping King Stannis with a difficult situation.  Davos then explains to Gendry he did not want to accept the Lordship, but did it for his son, but his son is now dead.

Vary tells Tysha that she has been a good influence on Tyrion.  Tysha is upset because she is the maid of Tyrion’s wife.  Vary gives Tysha diamonds and tells her to get on a ship and leave and start a new life somewhere far from Kings Landing.  Vary believes that Tyrion is the one person who can save the country.  Vary tells Tysha her presents in the country is a danger to Tyrion.  Tysha throws his diamonds back at Varys and tells him that if Tyrion wants her to leave he needs to tell her himself.

Cersei comes to see Tyrion – she asks if he is enjoying married wife.  Tyrion is getting drunk he is upset what they did to the Starks and thinks that Sansa does not deserve what they did.  Tyrion taunts Cersei about marrying Loras.  Cersei tells Tyrion to give Sansa a baby and make her happy.  Tyrion asks Cersei how happy she is with her children.  Cersei admits, not very.

Tyrion tells Cersei everytime they deal with an enemy they create two more.

The Hound and Arya come upon soldiers laughing about killing Robb Stark and Catelyn Stark.  They are riding by and Arya hears bragging.  She jumps off and goes over to the man bragging about cutting her brother’s head off and putting his wolfs on takes a knife and kills him.  The Hound kills the rest of the men.

Over with Jon Snow and Ygritte – Jon tells Ygritte that she always knew what he was and he has to go home.  She is holding a bow and arrow on him – but Jon is confident she won’t kill him.  He tells her he loves her and she loves him and he goes towards his horse.  She shoots 3 arrows at him as he gets on his horse.

Davos is taking reading lessons from Stannis’ daughter Shireen Baratheon – he is improving.  He is reading notes sent to  Stannis.  He got a note from the Night Watch asking for Stannis’ help.  Davos is called by Stannis.  Stannis tells him that Robb Stark was killed his Bannermen betrayed him.  Melisandre is taking credit for it.  Davos warns Stannis that joining the kingdoms by magic is a mistake.  Davos tells Stannis they cannot burn Gendry.  Melisandre pipes up that a great gift requires a great sacrifice.  Davos tells Stannis that Gendry is a poor boy from Flea Bottom and his nephew.  Stannis does not think one boy is important compared to a Kingdom.  He ten announces Gendry must die.

Davos goes to the dungeon and releases Gendry – he takes him to a boat and tells him to go to Kings Landing.  Gendry has never been in a boat and does not know how to swim.  Gendry asks davos why he did it, he replies he is a slow learner.

Back at the Night Watch Job Snow rides up covered in arrows with blood coming from his mouth.  He falls off the horse, Samwell runs over to him and Jon recognizes him.  They pick him up to take him inside.

Jamie Lannister and Brienne are walking in Kings Landing.  Jamie comes into Cersei’s room and seh sees his cut off hand.

Davos admits to Stannis and Melisandre that he let Gendry go.  Melisandre tells Davos he doomed thousands to save one.  Stannis sentences Davos to die.  Melisandre tells his men to take Davos away.  Davos tells Stannis that he will need him.  He then shows Stannis the note from Maester Aemon- that explains the Head of the Night Watch is dead and death is marching on the Wall.

Over with Daenerys she has liberated Yunkai.  The people from Yunkai come out and Daenerys is introduced to them.  She tells the people their freedom is not hers to give.  If they want it they must take it themselves.  They start chanting a word and Daenerys asks what it means.  She is told it means Mother.  Daenerys steps down to her dragons and tells them to fly.  She walks down among the people of Yunkai and lets them touch her as they chant “mother.”  The people of Yunkai lift her up and carry her as her dragons fly above.

So what did you think of the season finale?  All you wanted or a disappointment?