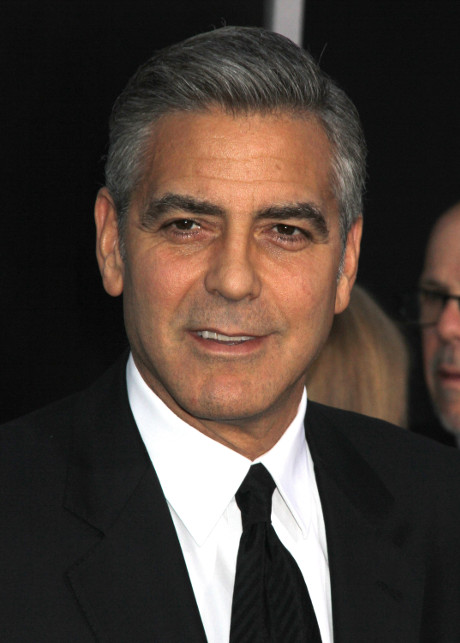 It doesn’t take long for George Clooney to move onto the next woman — and it seems like his relationship with supermodel Monika Jakisic, who’s been nicknamed the “Croatian Sensation,” started long before he and Stacy Keibler officially called it quits. A source tells Us Weekly that George and Monika had a super sexy sleepover at his mansion on September 25th, and it seems as if a more permanent relationship could be in the works. As is usual with George, nothing seems set in stone as of yet, and only time will tell if they decide to take their relationship to the next level.

They reportedly met back in 2004 and have had an on-and-off-fling over the years, perhaps making her George’s obvious choice after his recent break up with Stacy Keibler, who’s already moved on as well. She’s currently dating Jared Pobre — but sources reveal that it’s nothing more than that. Just dating. Who knows if it’ll blossom into something more.

The source reports that Monika and George have an incredible connection and that Georgie Boy can’t stop calling and texting her. I know George’s “ways” have been the topic of hot debate since the beginning of celebrity gossip, but people love themselves some George Clooney, no matter what. What do you think about George Clooney’s new girlfriend . . . . and how long do you give it before they head into splitsville?