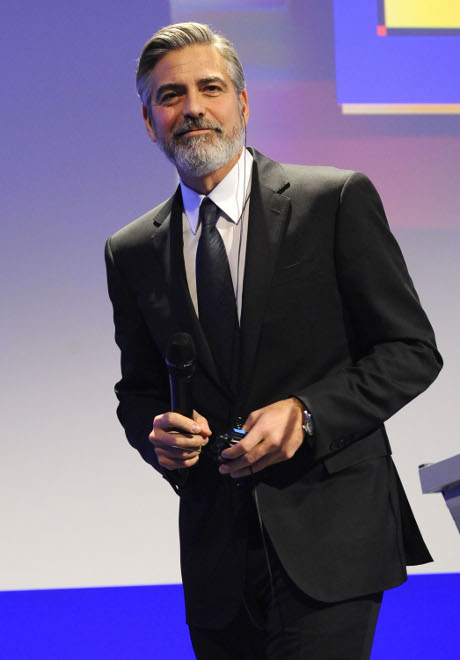 The last we heard about George Clooney’s love life was that he might be on the way to breaking up with Stacy Keibler. Now, a new report from In Touch Weekly reports that George was spotted holding hands with his ex-fling/girlfriend Monika Jakisic outside of a members-only club in London.

That being said, George and Stacy haven’t been seen together in several months now – so what’s going on? George’s relationships almost never make it past the one year stage, and Stacy’s running on two years now. We know George’s feelings about marriage, so one has to assume that his relationship with Stacy is starting to come to an end.

What do you guys think? Is the George Clooney/Stacy Keibler breakup final, for good? Why have they not been seen together in public since March? Yes, George was busy filming The Monuments Men in Berlin for a while, but she wasn’t spotted visiting him, and she wasn’t seen with him when he went on vacation either.

Is this George’s way of transitioning over? Could there be anything with George and Monika? I mean, they were never really reported to be ‘dating’, but they were *ahem* hanging out. Maybe this is just a rebound fling for him, or maybe he really has broken up with Stacy and he’s looking for a new girlfriend. I mean, it’s almost Oscar season – he’ll need someone new to debut to the audiences.