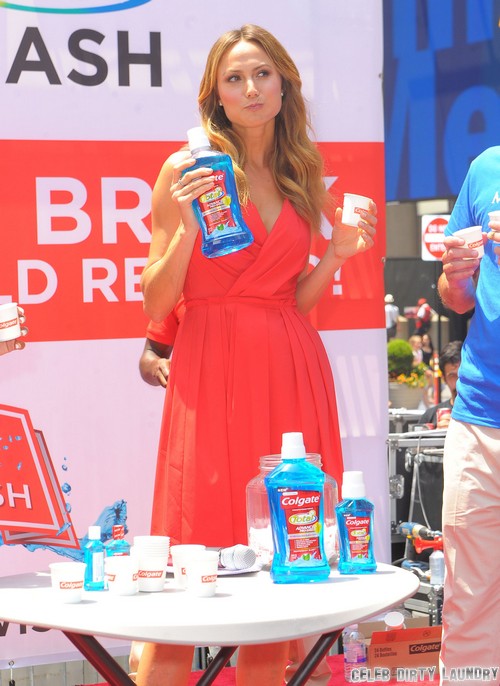 Even though we pretty much know why George Clooney dumped Stacy Keibler – their contract was up – the tabloids are still trying to milk the breakup for all it’s worth. A new report from the National Enquirer states that the ‘real reason’ George dumped Stacy was because her ‘workout routine was driving him insane’. Uh-huh. Sure.

The report goes on to say that the ‘published reports’ [a.k.a. the legitimate ones from People and US Weekly] gave the reason as being that Stacy wanted a family and George didn’t. A source apparently tells them, “George does NOT get dumped. What he does do with all his soon-to-be ex-girlfriends is let them bow out gracefully, which is exactly what’s happened here. They’ve been over for a lot longer than people think.”

Well, I agree with that. This was definitely George’s decision, and Stacy likely had little to no say in it. But then the report loses all credibility when the source adds, “She’d get up at the crack of dawn every single day without fail and embark on an exhaustive two-hour, pro-sports-style work­out routine. It got to the point where George didn’t want to spend the night with her because she would wake him up at 5:30 in the morning to get ready for her workout. George tried to keep up with her in the early days, but after about 45 minutes, he was ready to hit the sauna, and she was just warming up.”

Basically, she was too ‘rigid’ for him in terms of health and exercise. Apparently, George is looking for someone a lot more ‘low-key’. Um, have these people not met Stacy Keibler? She’s practically his most low-key girlfriend to date. Don’t tell me they thought Elisabetta Canalis was better?

What do you guys think about this report? Are you having a hard time buying it? Let us know your thoughts in the comments.